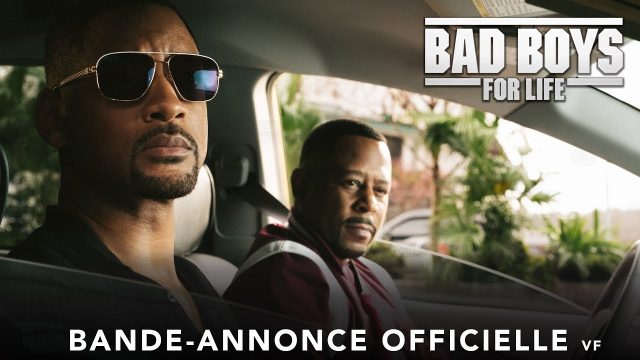 At $73M+, that’s 83% more than the $40M+ projection that tracking was seeing earlier last week, and 46% above the $50M forecast that tracking had for the threequel on Thursday. Among domestic records broken: Bad Boys for Life is the second-best MLK opener ever after American Sniper ($107.2M), and it’s the best opening ever for a Bad Boys movie. Heading into the weekend, many were figuring Bad Boys for Life‘s opening weekend projections off previous MLK action comedy hit Ride Along and Ride Along 2.

What’s amazing about the global opening for Bad Boys 3, is that it will soon outstrip the entire WW lifetime gross of both Ride Alongs which respectively ended their runs at $154.4M and $124.6M.

At a time, when some studios like Paramount are having doubts about old IP in the wake of being scorched by Terminator: Dark Fate, sending their long-gestating Beverly Hills Cop 4 to Netflix instead of the big screen, perhaps the town should think twice before it promptly relegates revived old franchises to streaming?

Sony has had a lot of great IP that they’ve tried to reboot lately. Some of it didn’t work because there wasn’t any reason to tell the story. But they worked hard on making this Will Smith-Martin Lawrence reteam excellent and relevant. Smith, I hear, continually had a big voice throughout development and production. Just like Indiana Jones and the Kingdom of the Crystal Skull dealt with old age, Bad Boys for Life leans into Mike and Marcus not being bad anymore, and the dilemmas of losing their street edge.

That conceit was established in Joe Carnahan’s draft of the script when he was aboard. After he stepped away from the threequel because of creative differences, the studio and Smith became turned on by Adil and Bilall’s indie 2015 movie Black, about a 15-year-old girl in a Brussels black gang who must choose between loyalty and love when she falls for a Moroccan boy from a rival gang.

The studio connected with CAA and brought Adil and Bilall in, and it turned out the duo were huge Bad Boys fanboys with a contemporary vision for the threequel, further accentuated by their outside perspective as Belgian filmmakers. The lofty budget of Bad Boys II‘s $130M production cost always slowed a threequel from being made. But when Tom Rothman took the top spot at Sony Pictures, he sat down with everyone, including Smith, and made it a mission to get a third film made. Bad Boys for Life was produced by Smith, Jerry Bruckheimer, and Doug Belgrad’s 2.0. label, which co-financed the $90M feature.

Imax screens for Bad Boys for Life grossed $7.5M over four days, becoming the second-highest January opening ever for the large format exhibitor, after American Sniper. The Smith-Lawrence movie is also the second-highest January global opening for Imax with $9M. Bad Boys for Life also had the biggest Thursday night in January with $801K on Imax, beating American Sniper‘s Imax ticket sales for the night, which were $559K.

Additionally, Sony partnered with hip-hop publication The Source Magazine for a thematic screening in New York City, with guests consisting of influencers from the hip-hop and rap games, with the evening’s MC, ghostwriter and Detroit’s own Royce da 5’9.

In selling to the Hispanic demo for Bad Boys for Life, some of Sony’s efforts included a two-day Miami takeover, with appearances from Smith, Lawrence, and Nicky Jam, as well as filmmakers. The takeover consisted of a visit to Pitbull’s charter school SLAM! Miami, where Mayor Francis X. Suarez presented Smith and Lawrence with the keys to the city. He proclaimed Jan. 12 “Bad Boys for Life Day,” with the duo made honorary police officers.

This followed with three premiere screenings for 600+ fans and the stars’ appearance on Telemundo and Univision. There was also an unpaid integration on Univision’s highly rated dancing competition show Mira Quien Baila All Stars (Dancing With the Stars) during their season premiere, which drew 4M total viewers. The threequel was integrated across three segments, including a show tease, interview with one of the show hosts, Chiqui Delgado, and a branded performance of the Black Eyed Peas song “RITMO.” On Telemundo, there was a comical spot with Smith, Lawrence, and stars Kate del Castillo and Paola Nunez doing a promo in Spanish. But unfortunately, Lawrence is having trouble nailing his rolling ‘R’s.

There was custom-created comedic pieces with Smith and Lawrence on ESPN, whereby host Stephen A. Smith auditions for the iconic role of Captain Howard in front of the stars. Viacom produced funny “couples therapy” spots, as Will and Martin seek help from well-known motivational speaker Jay Shetty.

Diversity Mix for Dolittle which was out at the same time:

Best markets for Dolittle were South Central and Mountain, while the East and South played soft. Females led at 51%, with 72% under 35 years old. Diversity mix was 59% Caucasian, 21% Hispanic, 12% Asian/Other and 11% African American. There was an even split between 50% general audiences and 50% kids under 12 and parents on PostTrak. Even though general audiences gave the pic 3 stars, it earned 3 1/2 stars with parents and 4 stars with kids under 12, girls at 54% besting boys at 46%.

We saw Bad Boys for Life in the Cinema – in the days when were were allowed out away from home (Pre Covid 19). It was an excellent film, and well done to Will Smith and Martin Lawrence for recreating the magic.