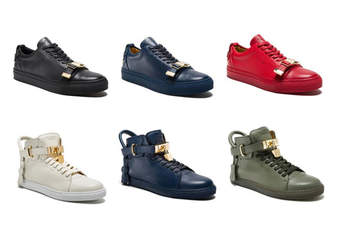 A few years ago, Bill Cosby set off a firestorm with a speech excoriating his fellow African-Americans for, among other things, buying $500 sneakers instead of educational toys for their children. In a recent book, Come On People, he repeats his argument that black Americans spend too much money on designer clothes and fancy cars, and don’t invest sufficiently in their futures.
Many in the black community have been critical of Cosby for blaming poor people rather than poor public policies. Others have defended Cosby’s comments as an honest expression of uncomfortable truths. But notably absent from the Cosby affair have been the underlying economic facts. Do blacks actually spend more on consumerist indulgences than whites? And if so, what, exactly, makes black Americans more vulnerable to the allure of these luxury goods?

Economists Kerwin Charles, Erik Hurst, and Nikolai Roussanov have taken up this rather sensitive question in a recent unpublished study, “Conspicuous Consumption and Race.” Using data from the Consumer Expenditure Survey for 1986-2002, they find that blacks and Hispanics indeed spend more than whites with comparable incomes on what the authors classify as “visible goods” (clothes, cars, and jewelry). A lot more, in fact—up to an additional 30 percent. The authors provide evidence, however, that this is not because of some inherent weakness on the part of blacks and Hispanics. The disparity, they suggest, is related to the way that all people—black, Hispanic, and white—strive for social status within their respective communities.
Every society has had its equivalent of the $150 Zoom LeBron IV basketball sneaker, and thanks to Thorstein Veblen, we have a pretty good idea why. As the Gilded Age economist famously put it, “conspicuous consumption of valuable goods is a means of reputability to the gentleman of leisure,” and “failure to consume a mark of demerit.” To consume is to flaunt our financial success; it’s how we keep score in life.

Economists refer to items that we purchase in order to reveal our prosperity to others as wealth signals. But why use sneakers, as opposed to phonics toys, as a wealth signal? First off, for a signal to be effective, it needs to be easily observed by the people we’re trying to impress. This includes not just those near and dear to us, but also the person we pass on the street, who sees our sneakers but would have a harder time inferring how much we’re spending teaching our kids to read. For a wealth signal to be credible, it also needs to be hard to imitate—if everyone in your community can afford $150 sneakers, those Zoom Lebron IVs would lose their signal value.

In general, the poorest people in any group are forced to opt out of the conspicuous consumption arms race—if you can’t afford the signal, even by stretching your finances, you can’t play the game. I, a humble economics professor, don’t try to compete in a wealth-signaling game with the Wall Street traders whom I see on the streets of Manhattan. But this still leaves us with the question of why a black person would spend so much more in trying to signal wealth than a white person. The Cosby explanation—that there is simply a culture of consumption among black Americans—doesn’t quite cut it for economists. We prefer to account for differences in behavior by looking to see if there are differing incentives.

Why would otherwise-similar black and white households have different incentives to signal their wealth? Charles, Hurst, and Roussanov argue that it’s because blacks and whites are seeking status in different communities. In the racially divided society we live in, whites are trying to impress other whites, and blacks are trying to impress other blacks. But because poor blacks are more likely to live among other poor blacks than poor whites are to live among other poor whites, poor black families are more susceptible to being pulled into a signaling game with their neighbors.

Consider, for example, a black family and a white family each earning $42,500 a year, the median income for a black household during the 1990s. This black family sees that other black families are buying cars, clothes, and other wealth signals that, while stretching this black family’s financial resources thin, are technically affordable for a family making $42,500. So, this family decides to buy them, too, in order to keep up with the conspicuous consumers that they compare themselves with.

Now take the white family making $42,500. The average household income among whites in the 1990s was much higher—$66,800. This white family looks around the neighborhood and is more likely to see white families spending on luxuries that are simply beyond their financial reach. The white family making $42,500 is thus too poor to participate in a signaling game with its neighbors, so they don’t. As a result, they’re spared the cost of competing, just as I am spared the expense of trying to compete with the Wall Street traders I see driving around Manhattan in their Mercedes sedans.
To test their theory, the authors look at how much a white family spends on conspicuous consumption when it is surrounded by white families making a similar amount of money. They find that this white family spends the same portion of its income on visible goods as a black family surrounded by other black families with similar incomes. They also find that the further a family of either race slips behind the average income of nearby households of the same race (becoming too poor to compete in the signaling game), the less it spends on these visible goods.

Once these effects are accounted for, racial disparities in visible consumption disappear. It’s not that black Americans are more inclined to signal wealth; rather, poor blacks are more likely than poor whites to be a part of communities where they are relatively rich enough to participate in the signaling game.

If signaling is just part of a deeper human impulse to seek status in our communities, what’s wrong with that, anyway? If a household chooses to spend a lot on visible consumption because it gets happiness from achieving high standing among its neighbors, why should we care? To return to Cosby’s concerns, if blacks are spending more on shoes and cars and jewelry, they must be spending less on something else. And that something else turns out to be mostly health and education. According to the study, black households spend more than 50 percent less on health care than whites of comparable incomes and 20 percent less on education. Unfortunately, these are exactly the investments that the black families need to make in order to close the black-white income gap.

In his controversial speech, Bill Cosby appealed to the African-American community to start investing in their futures. What’s troubling about the message of this study is that Cosby and others may not be battling against a black culture of consumption, but a more deeply seated human pursuit of status. In this sense, Cosby’s critics may be right—only when black incomes catch up to white incomes will the apparent black-white gap in spending on visible goods disappear.