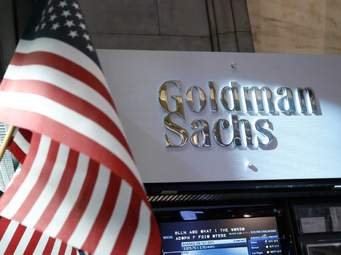 ON THE EDGE WITH CMOs

To most people, cliff diving–that is jumping from extraordinary heights into deep inlets or natural pools–is a risky practice that only daredevils undertake. For Kevin Ingram, it’s just another sport and a way to keep in shape and stay sharp.

Maintaining an edge is always a premium on Wall Street, especially if you’re a 34-year-old vice president who runs three desks at Goldman Sachs & Co. In this position, Ingram oversees trading of primary and secondary collateralized mortgage obligations (CMO), secondary asset-backed securities and adjustable-rate mortgages. The mortgage market is a booming one, valued on a scale with the national debt, in the trillions of dollars. Two hundred billion dollars in CMOs were created in the first six months of this year alone, Ingram says.

(CMOs were developed in response to the fact that investors in mortgage-backed securities, such as Ginnie Maes, were unable to predict the pace at which their capital would be repaid. CMOs manage this risk by dividing mortgage pools into short-, medium- and long-term portions.)

Ingram’s job is to issue and structure CMOs to satisfy the needs of Goldman Sachs’ major institutional clients, including insurance companies, banks, thrifts, pension funds and asset managers. The job is a critical one that requires Ingram to carefully weigh the risk he puts on Goldman Sachs’ balance sheet against the potential return for the firm and its clients.

“People tend to think of this as a mystical area,” Ingram says, “but it’s really a practice. You develop a group of skills and rules and ethics. You use them over and over again to make tough decisions.”

One of the toughest decisions Ingram ever made was to abandon his engineering plans in favor of business school. In 1980, the Philadelphia native graduated from the Massachusetts Institute of Technology with a degree in chemical engineering and went on to seek a master’s degree as a Western Electric Research Scholar in Engineering at Stanford University. After leaving school to work as an engineer for a year, Ingram entered Stanford’s Graduate School of Business.

Ingram launched his career at Lehman Brothers as an associate. A week after he started, Lehman was sold to Shearson/American Express and went public. Determined to be part of a traditional partnership, Ingram moved to Goldman Sachs one year later. “The partnership structure allows more direct access to top-level decision makers,” says Ingram, who from the beginning was determined to work with and learn from the top players in the industry. In 1988, he was promoted to vice president. He took over the CMO trading desk in February. Now junior traders look to him for leadership.

As head of his area, “It’s not enough to be a great market caller,” says Ingram, who is modest, introspective and sits on his firm’s 2-year old Diversity Committee. “My accounts know I will listen to their issues, treat them with highest confidentiality and put their interests before mine. If you do that repeatedly, they keep coming back. You’re not just a trader then, you’re like a family doctor. You’re a good businessman.”

Railroad to Nowhere in Kenya. Construction has stopped.