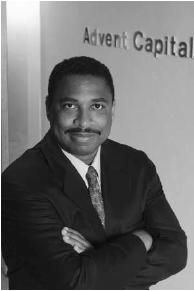 MOVING OUT TO MOVE UP

Standing at a picture window in a borrowed office at Merrill Lynch & Co. Inc.’s World Financial Center headquarters, Tracy Maitland scans the dazzling yachts docked in the Hudson River five stories below. “You can always tell what kind of a year it’s been by looking at the size of these boats,” he says, grinning. The boats outside are huge.

It certainly has been a terrific year for Merrill Lynch, and for Maitland in particular. Although Merrill Lynch regards such rankings as proprietary information, several insiders confirmed that Maitland was Merrill’s top producer in convertible bond sales worldwide in 1991 and one of the firm’s top two salespeople overall. Maitland’s group is among the firm’s most profitable, ranking No. 1 in the convertible securities market. The 31-year-old director in convertible securities sales and trading also sells equity derivatives-synthetic securities customized to meet clients’ specific needs.

Maitland came to Merrill Lynch as a corporate intern after earning a bachelor’s degree in economics from Columbia University in 1982. One of few in his field without a graduate degree, Maitland decided against pursuing an MBA. “Business school helps get you in the door,” Maitland explains. “I was already in.”

Following an 18-month rotation through various divisions including corporate finance, securities research, trading and the firm’s lobbying office in Washington, D.C., Maitland accepted an equities sales position in Detroit, then considered a no man’s land among investment bankers.

Where others saw a potential dead-end, Maitland saw a unique opportunity. “Rather than be a junior person in New York forever, I figured I could really do something in Detroit and get noticed,” Maitland says. His strategy worked.

Soon after he moved to Detroit, Merrill Lynch acquired New York’s A.G. Becker and its team that specialized in convertibles–corporate securities (usually bonds or preferred shares)that can be converted into common shares at a prestated price. Few firms were involved in the convertibles market then, and in 1985 Merrill introduced whet has become its best-known convertibles product: Liquid Yield Option Notes (LYONs). Within 18 months, Maitland had successfully developed his territory–which included Kentucky, Michigan and Ohio, a region rich with Fortune 500 headquarters. By then he was also outproducing his colleagues in many other regional offices.

When a senior-level opening developed on the New York sales force in 1987, Maitland was asked to return to his homerown and was promoted to vice president. Earlier this year, he was named director, the highest title a salesman can hold on the trading floor at Merrill Lynch.

With no desire to manage others or move off the floor, Maitland seems content. “In this business, titles don’t mean much” he asserts. “I went into this because it is as close to running your own business within another company as you can get.” Luckily for Merrill Lynch, Tracy Maitland’s business is thriving.