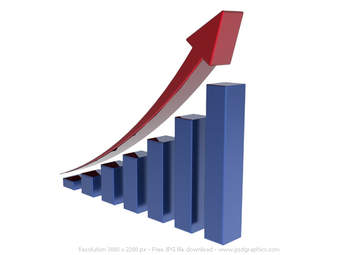 The number of businesses owned by black men and women grew at more than triple the national rate in recent years, a trend that may be linked to a long-stagnating job market.

In 2007, the number of black-owned businesses jumped to 1.9 million, a 60.5% increase from 2002, according to a survey released Tuesday from the U.S. Census Bureau. By comparison, the number of U.S. businesses overall rose by just 18% during the same period.

The government agency, which conducts the survey every five years, defines black-owned businesses as firms in which blacks own 51% or more of the equity, interest or stock of the business.

Many African-Americans likely turned to entrepreneurship in the years covered in the study because good-paying jobs were difficult to come by, says Marc Morial, president and chief executive of the National Urban League, a civil-rights group headquartered in New York.

“The unemployment rate in the black community never got back down to where it was before the recession in 2001,” he says. “So you have a bit of entrepreneurship by necessity.”

Mr. Morial added that many African-Americans also recognized the potential to become financially secure through self-employment.

“There’s an economic independent streak, particularly among emerging generations in the black community,” he says. “Building a business gives greater satisfaction, and cushions them from the shock of working for a place and then finding themselves out of a job because of economic down cycles.”

Mr. Morial says the findings suggest that one way for the U.S. economy to create more jobs today would be for investors to boost funding to growing black-owned firms. “These are an incredibly fertile place,” he says. “Hedge funds, private equity and the venture-fund community need to focus on these businesses.”