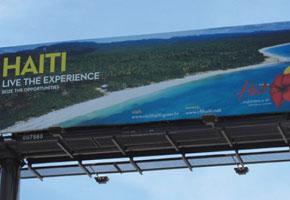 The billboard on Interstate 95, with its azure sea and sugar-colored sand, could have been an ad for any of the myriad tropical destinations hoping to woo travelers abroad.
But the tagline might be surprising to some: Haiti, Live the Experience.

Historically Black University Launches Its Own CBD Line, Becoming First To Ever Do So