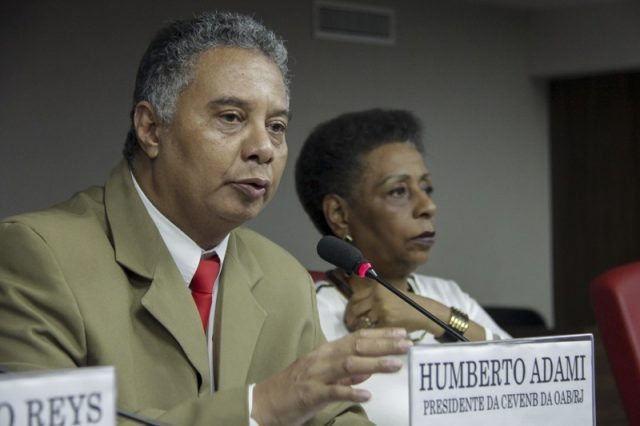 The presentation of the documentary Mandado, by João Paulo Reys and Brenda Moraes, was the trigger for the  Comissão Estadual da Verdade da Escravidão Negra no Brasil (State Commission for the Truth of Black Slavery in Brazil) (Cevenb) of OAB/RJ (Brazilian Lawyer’s Guild of Rio) to discuss, on Monday, the 15th, how the criminalization of poverty that affects residents of a favela is an echo of the Brazilian slave-owning past.

The film discusses the collective search and seizure warrant issued by the Rio de Janeiro State Court that authorized the review of the Complexo do Maré in 2014, in the context of the implementation of the Unidades de Polícia Pacificadoras (Pacifying Police Units) (UPPs). Marielle Franco, who acted to ensure the rights of residents were guaranteed during the incursion of security forces, is one of the interviewees of the film. Franco was assassinated in downtown Rio in March of 2018 in a crime that remains unsolved.

The legal tool that allowed the Civil Police access to houses of the Nova Holanda and Parque União is considered by specialists as an affront to the constitutional right of the inviolability domicile.

The masters of ceremony at the event, titled Collective Mandate & Reparation of Slavery, were Cevenb President Humberto Adami and Ivone Caetano, Director of Racial Equality of the Sectional. After the screening, there was a debate with the presence of Reys.

“We must go beyond the discourse of historical debt. We need to recreate the theme constantly,” said Adami, who used the case of the musician Evaldo Rosa’s shooting by the Army to illustrate his thesis. Adami reported on the numerous habeas corpus he filed in the TJ/RJ to try to prevent the use of collective orders by judges.

“All social problems in Brazil are remnants of slavery. Blacks don’t know their history, so much so that many are against racial quotas. The extermination of young blacks responds to an old desire for whitening of the population,” said Caetano, the first black appeals court judge in Brazil.

The State Commission for the Truth of Black Slavery in Brazil (Cevenb) will hold a public hearing on slavery reparation on April 29 at the OAB/RJ. The program of the meeting foresees two thematic tables, starting at 9am, besides a debate on the subject, starting at 4pm. The OAB/RJ is located at Avenida Marechal Câmara, 150, in downtown Rio.