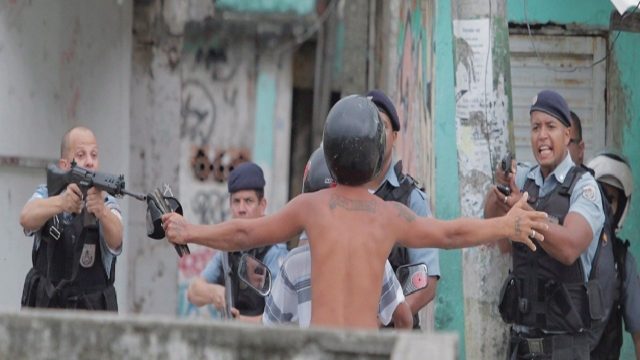 During the slavery era, slave masters worked Africans literally to death and then simply replaced the fallen bodies with more. After that, with abolition, black people were released and left to their own devices to survive.

With the shift into free labor, elites could have easily employed black Brazilians in the new economy, but instead the government chose to subsidize millions of European immigrants to fill these new jobs while discriminating against recently freed slaves who were obviously capable of work as they were the ones perfoming all of the labor before abolition.

Then, instill a sense of inferiority of anything associated with blackness and/or Africa which would make the black Brazilian despise himself which would lead to the desire to be white, which elites also encouraged by promoting miscegenation so that their offsprings would gradually become white after successive mixtures with light/white-skinned people.

Add to this difficult access to decent-paying jobs, education and health care and these people become permanent inhabitants of the slums or homeless, which further positions them as the menace of society. And being labeled the menace of society, they are treated as such by the country’s security forces who are made responsible for protecting the good (read: white) citizens from this rouge element. As such, the nation’s citizens have no pity on this group and consequently have no reaction when they are progressively eliminated by these security forces.

But surely Brazil isn’t like that, right? After all, don’t Brazilians think that they “are all equal”? How can that be when police raids, actions and blitzes only seen to happen in the areas where the rouge element (read: black/non-white) is the majority? In Brazil today, and for a long time, security forces have long known exactly where to go to eliminate those who they see as “worthless”, “killable”, a “horde of bandits”. And it the knowledge of this location that leads to a seemingly endless flow of black bodies falling onto the ground.

So long as this violence doesn’t spill over into their neighborhoods, the “good” citizens could care less how much blood is spilled. It’s the price of security. But as Brazilians “are all equal”, it must be coincidence that these falling bodies happen to be of a darker hue, right? As you know, it is the United States that keeps its non-whites segregated in ghettos. In Brazil, everybody mixes, so it would difficult to target groups by race, wouldn’t it? Think again. Because when the Military Police invade certain areas and start spraying, these regions aren’t where the “good” (read: white) people live.