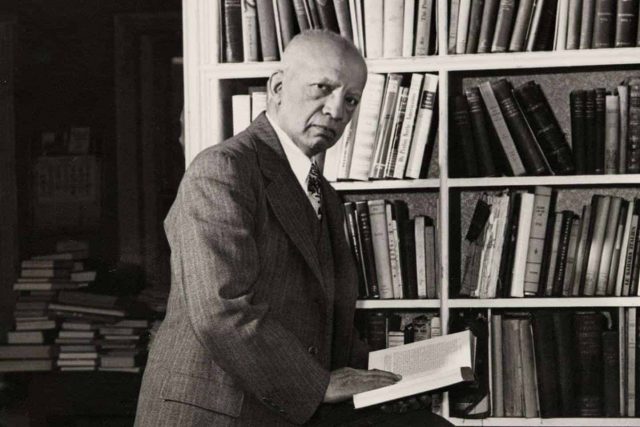 These are the words of Dr. Carter Godwin Woodson, distinguished Black author, editor, publisher, and historian (December 1875 – April 1950). Carter G. Woodson believed that Blacks should know their past in order to participate intelligently in the affairs in our country. He strongly believed that Black history – which others have tried so diligently to erase – is a firm foundation for young Black Americans to build on in order to become productive citizens of our society.

Known as the “Father of Black History,” Carter G. Woodson holds an outstanding position in early 20th century American history. Woodson authored numerous scholarly books on the positive contributions of Blacks to the development of America. He also published many magazine articles analyzing the contributions and role of Black Americans. He reached out to schools and the general public through the establishment of several key organizations and founded Negro History Week (precursor to Black History Month). His message was that Blacks should be proud of their heritage and that other Americans should also understand it.

Carter G. Woodson was born in New Canton, Buckingham County, Virginia, to former slaves Anne Eliza (Riddle) and James Henry Woodson. Although his parents could neither read nor write, Carter G. Woodson credits his father for influencing the course of his life. His father, he later wrote, insisted that “learning to accept insult, to compromise on principle, to mislead your fellow man, or to betray your people, is to lose your soul.”

His father supported the family on his earnings as a carpenter. As one of a large and poor family, young Carter G. Woodson was brought up without the “ordinary comforts of life.” He was not able to attend school during much of its five-month term because helping on the farm took priority over a formal education. Determined not to be defeated by this setback, Carter was able “largely by self-instruction to master the fundamentals of common school subjects by the time he was seventeen.” Ambitious for more education, Carter and his brother Robert Henry moved to Huntington, West Virginia, where they hoped to attend the Douglass High School. However, Carter was forced to earn his living as a miner in Fayette County coal fields and was able to devote only a few months each year to his schooling. In 1895, a twenty-year-old Carter entered Douglass High School, where he received his diploma in less than two years.

From 1897 to 1900, Carter G. Woodson began teaching in Winona, Fayette County. In 1900, he returned to Huntington to become the principal of Douglass H.S.; he finally received his Bachelor of Literature degree from Berea College, Kentucky. From 1903 to 1907, he was a school supervisor in the Philippines. Later he traveled throughout Europe and Asia and studied at the Sorbonne University in Paris. In 1908, he received his M.A. from the University of Chicago, and in 1912, he received his Ph.D. in history from Harvard University.

During his lifetime, Dr. Woodson developed an important philosophy of history. History, he insisted, was not the mere gathering of facts. The object of historical study is to arrive at a reasonable interpretation of the facts. History is more than political and military records of peoples and nations. It must include some description of the social conditions of the period being studied.

Woodson’s work endures in the institutions and activities he founded and promoted. In 1915, he and several friends in Chicago established the Association for the Study of Negro Life and History. The following year, the Journal of Negro History appeared, one of the oldest learned journals in the United States. In 1926, he developed Negro History Week and in 1937 published the first issue of the Negro History Bulletin.

Dr. Woodson often said that he hoped the time would come when Negro History Week would be unnecessary; when all Americans would willingly recognize the contributions of Black Americans as a legitimate and integral part of the history of this country. Dr. Woodson’s outstanding historical research influenced others to carry on his work. Among these have been such noted historians as John Hope Franklin, Charles Wesley, and Benjamin Quarles. Whether it’s called Black history, Negro history, Afro-American history, or African American history, his philosophy has made the study of Black history a legitimate and acceptable area of intellectual inquiry. Dr. Woodson’s concept has given a profound sense of dignity to all Black Americans.

3 Ways to Easily Get the Most Recent Stock Market News