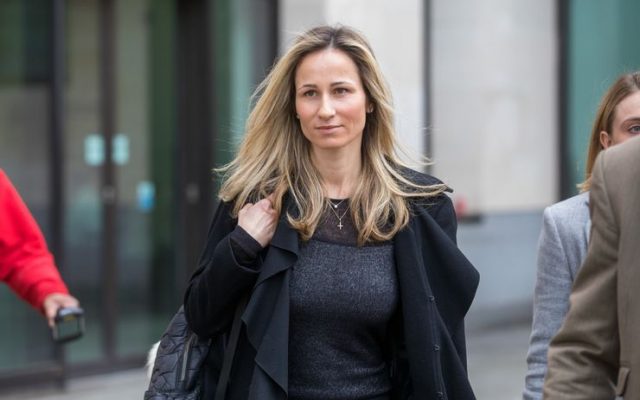 The Writer: Patricia Hurtado
Date first published: 20 May 2019
An ex-Credit Suisse Group AG banker became the first person to plead guilty in what U.S. prosecutors called a $2 billion fraud and money-laundering scam tied to loans to Mozambique that were used to pay bribes and kickbacks.

Detelina Subeva, 37, a former vice president in the bank’s global financing unit, pleaded guilty on Monday to one count of conspiracy to launder funds. The U.S. agreed to drop three other conspiracy charges against Subeva, who’s one of three Credit Suisse bankers accused of working with Mozambique’s ex-finance minister in a secret kickback scheme.
The case centers on deals that allowed Mozambique to borrow $2 billion for maritime projects and coastline protection in 2013. The bonds sold to finance the loans were marketed to international investors to aid the economy and thwart sea piracy, but prosecutors say at least $200 million were plundered in the form of bribes and kickbacks.
Subeva and former bankers Surjan Singh and Andrew Pearse are accused of withholding information from Credit Suisse’s compliance staff as the firm began arranging $622 million in loans to a government-controlled entity. In court Monday before U.S. District Judge William Kuntz II in Brooklyn, New York, Subeva said she helped launder the proceeds of some of these secret payments to bankers paid by Privinvest Group, an Abu Dhabi-based holding company.
The government has charged that Jean Boustani, a salesman at Privinvest, whose units include a shipbuilder, agreed to pay $50 million in bribes to Mozambican officials and $12 million to his co-conspirators at Privinvest. The company was hired to provide equipment and services to complete the maritime projects, prosecutors said.
“I agreed with others to help launder the proceeds of criminal activities, namely illegal kickbacks paid by a company named Privinvest and its representative, Jean Boustani,” Subeva told the judge. The illicit payments, which Subeva said were made in 2013, were tied to a $372 million loan Credit Suisse was handling to a Mozambican state-owned entity, she said.
Subeva said Pearse, who was her boss, told her he’d transferred $200,000 into an account she’d recently opened in the United Arab Emirates from the approximately $1 million in kickbacks paid by Boustani and that Privinvest had paid him.
“I agreed to accept and keep these monies knowing that they were proceeds of illegal activity,” she said.
It’s unclear if Subeva is cooperating, and the plea agreement she has with the U.S. was sealed, said Kuntz, who didn’t set a sentencing date. She could face as little as no prison time to as long as 20 years. Subeva was allowed to remain free on $2 million bond and travel between the U.K. and New York.
Pearse and Singh, who were arrested in the U.K., are fighting extradition. Manuel Chang, Mozambique’s former finance chief, was arrested in South Africa and has said he’ll fight extradition. Boustani was arrested in January at New York’s John F. Kennedy airport and remains in custody after Kuntz ruled he’s a flight risk.
Subeva and her lawyer Michael McGovern declined to comment after court.
source: www.bloomberg.com