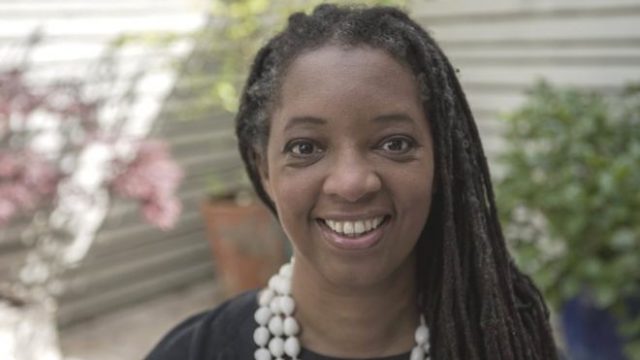 The first black woman has been appointed to lead an Oxbridge college.

Sonita Alleyne, 51, who has been elected as the next master of Jesus College, Cambridge, will also be its first female appointee and will take up the role from October.
Businesswoman and entrepreneur Ms Alleyne said it was “an honour to be elected to lead Jesus College”.
“I left Cambridge 30 years ago, but it never left me. I am delighted to be returning,” she said.
Brought up in East London, Ms Alleyne studied for her undergraduate degree in philosophy at Fitzwilliam College, Cambridge.

A career in radio followed, including founding production company Somethin’ Else, which she led as chief executive from 1991 until 2009.
She is a former BBC trustee who championed diversity and inclusivity.
Professor Mary Laven, of the college’s search committee, said they were “thrilled” by Ms Alleyne’s appointment.
“She brings to the college a wealth of experience and an enduring commitment to helping young people fulfil their potential,” she said.
Ms Alleyne was also previously appointed to the board of the London Legacy Development Corporation in 2012, as part of the drive to promote and deliver regeneration in the Queen Elizabeth Olympic Park and surrounding areas.
She is also fellow of both the Royal Society of the Arts and the Radio Academy and was awarded an OBE for services to broadcasting in 2004.
source: bbc.com

Investors are missing out on black founders with great companies.

A Restaurant Grows in Brooklyn: Elberta Strives To Fill A Niche