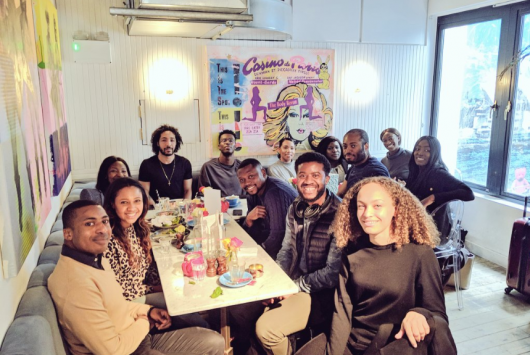 Last Thursday, a quite remarkable thing happened: almost all of the UK’s black VCs gathered for breakfast. And everyone fitted into a corner of a cafe in Soho, London.
As far as this group — first brought together on WhatsApp — are aware, there are fewer than 20 people working in decision-making roles at venture capital funds in the UK. Once people in non-decision making roles are also taken into account, the number currently identified reaches the mid-twenties. This does not include angel investors or those working in private equity.

In the UK as a whole, meanwhile, there are 1,703 people currently working at decision-making levels in VC, according to data company Beauhurst (which does not collect data on the ethnicity of VCs).

This would mean that fewer than 1% of decision-making VCs are black.

There are standard methods used to approach a VC and often the first thing they will need to see is your pitch deck. Before a founder prepares their own pitch deck it is a good idea to observe examples of startup pitch decks that have been successful. This document has the power to close the door or get you the funds you need.

Andy Davis, director of London accelerator Backstage Capital, has been the driving force behind bringing the few black people working in VC in the UK together.
He’s been running an informal community called 10×10 for around 120 black founders and investors since 2015 and says he knows of fewer than 20 black decision-making VCs.

Davis reckons he spends around 20 hours per week advising members of the group on team structure, product, legals and investment. “On the fundraising front, there are a lot of misconceptions,” he says — which the VC members of 10×10 were keen to address.
“We wanted to get together and help in a collective way.”

In February, they spun out a new WhatsApp group — known as 10×10 VC — which is now 17-people strong, including a dozen decision-making VCs.

And then, over breakfast this week, they came up with a plan.

From next month, 10×10 VC plans to run quarterly office hours for black founders who are currently raising money. Founders will spend 15 minutes with each VC participating.

10×10 VC will also run monthly pitch sessions for two to three founders at a time. Founders will give a half hour pitch, and receive half an hour of feedback from two or three VCs whose interests and expertise most closely match their businesses.

The for-profit sector steps up to play its role in Africa’s economic development.

The Black Billionaires of 2018