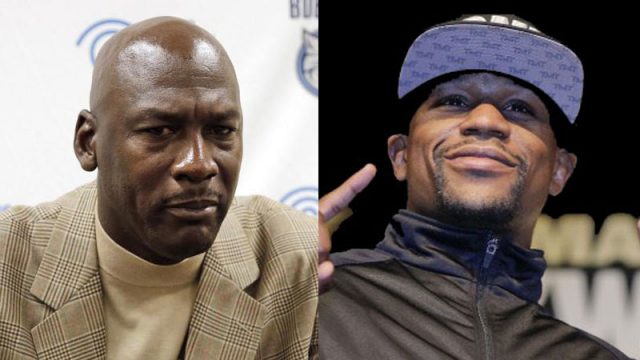 We are pleased to announce that as of March 2018, the top 5 richest athletes include 3 black individuals.  3 out of 5 is not bad at all.  In fact – it’s brilliant.
1. Michael Jordan: $1.65 Billion
Michael Jordan is a retired American professional basketball player. He played professional basketball for 15 seasons at a stretch for teams Chicago Bulls and Washington Wizards. He is considered to be the greatest basketball player of all time. He was extremely popular for his leaping abilities and hence, he was referred to as Air Jordan. He had been the face of various international brands starting from Nike to McDonald’s. He also has his own Jordan Brand for sports goods and clothing line all of which contributed to his enormous wealth of $1.65 billion net worth making him the richest Richest Sportsman in The World in 2018. He is the first NBA player to become a billionaire.
2. Ion Tiriac: $1.24 Billion
Ion Tiriac is a former Romanian professional tennis cum ice hockey player. He may not be as popular to the world as other athletes on the list but he is the winner of one grand slam title and regularly featured among top 10 players in his time. Post sports career, he became a sports agent, coach, and manager. Soon, he became a popular businessman in German and Romania. He opened the first private bank in his country. Following the success of his bank, he ventured into auto leasing, dealership, airlines, insurance, retail business and all these contributed to his mammoth wealth of $1.24 net worth. He is the first Romanian billionaire to break into Forbes’ list in 2007.
3. Michael Schumacher: $800 Million
Michael Schumacher is a former German Formula One driver. He was the racing driver for Ferrari, Mercedes, Benetton, and made his debut with Jordan Grand Prix. Schumacher is considered to be one of the richest racing drivers of all time. He still holds the record of winning the most number of World Championship title. He also has highest Grand Prix wins and most race wins in one season. He was one of the most popular faces on advertisement segment among other celebrities across the world. He has made a fortune of $800 million which makes him the third richest sportsman in the world till date. He suffered a life-threatening skiing accident and correctly rehabilitating.
4. Tiger Woods: $740 Million
Tiger Woods is an American golfer who will go down in the history as the most successful, controversial and richest golfer of all time. He has been the top-ranked golfer for 264 weeks from 1999 to 2004 and for 281 weeks for 2005 to 2010. Tiger has won 14 major golf championships and the youngest player in the game to win Grand Slam. He also has three Grand Slam titles which are the highest till date. During the peak time of his career, he was the most popular athletes to get featured in magazines and endorsements. He is the founder of Tiger Woods Design for teaching golf courses. He has $740 million net worth and after all the controversies in his personal life and taking time off from his professional life.
5. Floyd Mayweather: $700 Million
Floyd Mayweather is a former American boxer and is one of the most successful and richest boxers of all time. He is the record holder of being the best defensive boxer, most accurate boxer, and highest plus-minus ratio. He is a prize fighter and most of his income came from his fights and their prize money. In his last fight with McGregor, he earned nearly $300 million which allowed him to break into the list with a net worth of $700 million.