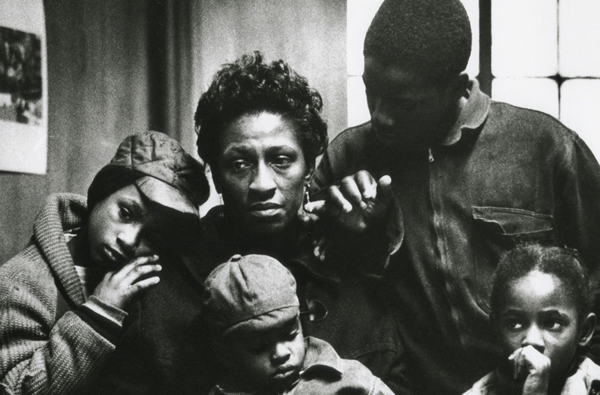 Regional Insights: High black poverty a shame
By Harold D. Miller
The Pittsburgh region has received many accolades over the past year for its high quality of life and the resilience of its economy. But our community also is No. 1 in the nation on an issue that should be a source of shame, not pride.
According to the U.S. Census Bureau, the Pittsburgh region has the highest rate of poverty among working-age African-Americans of any of the 40 largest metropolitan regions in the country. More than one-quarter (28 percent) of the region’s African-Americans ages 18 to 64 lived in poverty in 2008. That’s twice as high as in regions such as Baltimore and Charlotte, N.C.

If you think that African-American poverty is just a city of Pittsburgh problem, you’re wrong. Fewer than half (46 percent) of the poor African-Americans in the region live in the city; 37 percent of them live in the rest of Allegheny County, and 17 percent live in other counties in the region. In fact, the highest rate of poverty among African-Americans in the region isn’t in the city of Pittsburgh — it’s in Lawrence County, where almost half (49 percent) of the African-American residents are poor.
Even more shocking is that the Pittsburgh region is No. 1 in the country in the rate of poverty among African-American children under age 5. Nearly two-thirds (62 percent) of these youngsters lived in poverty here in 2008, more than double the percentage in regions as diverse as Atlanta and Boston, and quadruple the poverty rate for white children under age 5 in the Pittsburgh region (14.6 percent).
A key reason that so many African-American children here are poor is that more than 80 percent of African-American women who have babies are unmarried (compared to 26 percent of white mothers). This is the highest rate among any of the 40 largest metro regions.
Not surprisingly, a major cause of high rates of poverty is unemployment, and even before the recession started in the Pittsburgh region, 38 percent of working-age African-Americans were either unemployed or out of the labor force, the second highest rate among major regions (Detroit is No. 1). But even the African-Americans who are employed are disproportionately working in lower-wage jobs; in the Pittsburgh region, 20 percent of African-Americans working in full-time positions make less than $20,000 per year, compared with 11 percent of whites.Families headed by unmarried women (regardless of race), particularly those with preschool children, are far more likely to be poor because of the difficulty of working or finishing school while raising a small child. In fact, the poverty rate for children under age 5 (of any race) living with single mothers is 10 times as high as for those living in two-parent families (61 percent vs. 6 percent).
The fact that more than three times as many African-American children as white children are born to single parents here is a major reason that they are four times as likely to be poor. The high rate of single parenthood also is likely one of the reasons why nearly two-thirds (64 percent) of poor African-Americans in southwestern Pennsylvania are women, a higher proportion than in most regions.
These high rates of poverty, unemployment and underemployment existed here in 2008, before the recession hit. It’s likely that they’re even worse now, and that the slow recovery from the recession will make it particularly challenging to improve the situation.
What can you do to help change the Pittsburgh region’s worst-in-the-nation status on this issue?
Demand that your school district improve the skills of African-American children. Pennsylvania System of School Assessment tests show that only 38 percent of the African-American 11th-graders in the region can read proficiently, and only 28 percent are proficient in math. Is it any wonder that young African-Americans have trouble finding good jobs?
This is not just a city of Pittsburgh problem; more than half of the nonproficient African-American students in the region are in school districts outside of the city of Pittsburgh. For example, in suburban districts such as Penn Hills and Gateway (Monroeville), only one-third of African-American high school students were proficient in reading and math in 2009.
Support adequate, affordable public transit service to job centers. Census data show that more than one-fourth (26 percent) of the African-American workers in the Pittsburgh region rely on public transportation to get to work. That’s the second highest proportion of any major region in the country (only New York City is higher), and six times higher than the proportion of whites in our region who use public transit. Cutbacks in Port Authority transit service in Allegheny County and increased fares will likely have disproportionately negative impacts on the ability of African-Americans to obtain and retain jobs.
Contribute to United Way programs that help lift African-Americans out of poverty. The United Way agencies in the region have innovative and aggressive programs to prevent youth violence, help single mothers and assist unemployed workers, but they need contributions from every citizen in the community to adequately support these efforts.
Harold D. Miller is president of Future Strategies LLC and adjunct professor of public policy and management at Carnegie Mellon University. He publishes www.PittsburghFuture.com and contributes to regional indicators at www.PittsburghToday.org .
First Published July 4, 2010
Source Pittsburge Urban Media