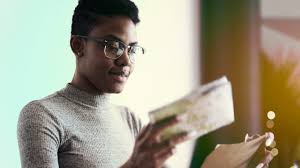 The Writer: Lydia Dishman
Date first published: 03.07.2018
As a woman of color, Janine Truitt was intrigued when she met an investor last winter whose “whole schtick” was to help underrepresented minorities raise money for their companies. But she was skeptical.
The owner of Talent Think Innovations, a consulting firm she founded in 2013, Truitt had bootstrapped her business and wasn’t initially convinced that venture capital was the best way to grow it. “I was thinking about my business as a legacy that I would build and pass down,” she tells Fast Company, “and that is not something investors love. They want to know if it’s a solid idea, [that] there’s a need for it in the market, and how quickly you can get out of it and pay [them].”
Many black and Latinx entrepreneurs feel more congenial about venture capital than Truitt does, but most have disproportionate trouble accessing it all the same. Those who struggle to get funded typically need to find other ways to innovate and grow. Here’s how.
Despite these long odds and her own reservations, Truitt knew how helpful investor backing might be for getting the tech solution she was working on off the ground–a multi-sensory platform for jobseekers with disabilities–around the time she met the equity-minded investor. So after a little encouragement, Truitt pitched her product. Impressed, the investor team offered her another meeting, so she spent the month of December hiring and leading a team of developers to build out the product, then sent off schematics for feedback.
Shortly after New Year’s, Truitt says she received an email from one of the partners saying they’d need to see the technology gain at least six months of traction in the market before deciding whether to invest. He also asked if she’d thought more about their earlier suggestion that she turn the business into a nonprofit. That wasn’t a route Truitt was initially planning to pursue, although she was open to it. Nevertheless, she’d wished their interest in investing in nonprofits had come out on the table earlier. “[My product] was always a solid idea,” she maintains, adding, “They may have the money, but it’s a partnership.”
The VC firm granted Truitt another meeting, but she hasn’t heard anything since. “I am just moving forward on my own,” she says
According to Nicaila Matthews Okome, founder of the Side Hustle Propodcast and consulting firm, many female entrepreneurs take themselves out of the running before they even get to the stage Truitt did. “It’s more from the lens of wanting to understand the landscape before they go in and set their expectations,” Matthews Okome explains. But sometimes the effort to set realistic expectations can destroy the confidence needed to seek funding for a company with great potential. “It’s hard to push through that narrative that anchors and frames all our conversations.”
When it comes to her own business, Matthews Okome says she’s sticking with bootstrapping, as is her husband, a fellow entrepreneur. “He believes the pathway to wealth for African-Americans is to create our own ventures,” she says.
VAST UNTAPPED POTENTIAL

Women entrepreneurs launched some 3.5 million new businesses over the past decade, according to the most recent “State of Women-Owned Businesses” report, with as many as 78% of them owned by women of color. By 2016, an estimated 1.9 million firms owned by black women employed some 376,500 workers, generating $51.4 billion in revenue.
Yet despite all this combined economic clout, venture capitalists have largely stayed away. A 2014 Babson College study found that most women-led businesses have been funded by the founder herself or by friends and family. Only 4% of women-owned businesses and 13% of minority-owned businesses received VC funding last year. Part of the reason is that less than 3% of VC funds have black and Latinx investment partners, according to analysis by Social + Capital.

According to Nicaila Matthews Okome, founder of the Side Hustle Propodcast and consulting firm, many female entrepreneurs take themselves out of the running before they even get to the stage Truitt did. “It’s more from the lens of wanting to understand the landscape before they go in and set their expectations,” Matthews Okome explains. But sometimes the effort to set realistic expectations can destroy the confidence needed to seek funding for a company with great potential. “It’s hard to push through that narrative that anchors and frames all our conversations.”
When it comes to her own business, Matthews Okome says she’s sticking with bootstrapping, as is her husband, a fellow entrepreneur. “He believes the pathway to wealth for African-Americans is to create our own ventures,” she says.
Even those who push through have their faith shaken with radio silence. A recent Fast Company article detailed how Chery Sutherland, creator of PleaseNotes, was ghosted after several meetings with an investor team, even after she hired outside help to present her financials and other data investors required. After her similar experience, Truitt concludes that “a lot of times there is no clear process to how they are choosing [who to invest in].”
Victoria Fram, managing director of Village Capital, agrees. “It can be especially tough for founders of color if they are already fighting to just get an initial meeting somewhere,” she says, reflecting on her portfolio companies, “and then [they] feel like they’re having to jump through additional hoops in diligence just to prove that they have the same credentials as another CEO, who might fit a more stereotypical founder profile.”
Fram says her firm advises founders to research existing portfolio companies and co-investors as early as possible, as well as to establish with investors “what metrics are important for the given stage of the business so that goalposts don’t move mid-process.” Otherwise, she says, founders may get stuck in an endless cycle of “one more question.”

WHAT’S A CONVERSATION WORTH?

Jacques Bastien, founder of the two-year-old influencer management agency SHADE, found a way to skirt some of this uncertainty and back-and-forth, at least for now. He and his wife/business partner, Dahcia Lyons-Bastien, are looking to raise a minimum of $600,000 to grow their company–not a lot of money in the world of startup funding. Bastien says that he’s created multiple funding scenarios, including up to $2 million, but he’s also planning for much less. “We know how to stretch a dollar,” he adds.

The pair previously bootstrapped a marketing agency for five years before launching SHADE, which they believe has the potential to become a billion-dollar business. To prove the new concept, Bastien says, “We were able to do in a month what others would take six months [to achieve],” he says. It helped that he was an accomplished designer, knew what software to use (for free) to enhance productivity, and understood how to position the startup for “micro-influencers in social media.” But getting SHADE to the next level will require proprietary software, and, Bastien admits, “We don’t have the ability to raise a friends and family round.”
So in the meantime, he’s set up “initial conversations” to feel out VCs and angels investors, most of whom are African-American as well. “There’s a bit of a passion for them in helping creators of color become self-employed,” Bastien says. In his experience, investors who aren’t minorities themselves likely “won’t understand the struggle because they won’t have the context.” However, he does say that one white male investor (who hasn’t committed) advised raising a round just to get SHADE a cash infusion without creating equity partners.
Bastien says this humble approach to just talking has worked well in the past. With the marketing firm he and his wife ran, “when we found a dream client, instead of saying, ‘Hey, can I offer you this service?’ we went to seek advice from someone we aspired to work with one day,” he recalls. This time around it’s basically the same conversation, which removes the pressure to decide on the spot.
Of course, this strategy takes patience–and financial runway–that many entrepreneurs simply don’t have. “In my view, time spent fundraising by founders is precious,” Fram underscores. It’s normal for founders to need to pitch 10 times as many investors as they need in order to get one ‘yes,’ she points out, but “if they are getting stuck in a ‘slow no’ or ‘slow maybe’ from investors, it can apply a huge tax on their momentum.”
Small wonder, then, that in the meantime, entrepreneurs like Truitt choose to forge ahead on their own. But just consider the momentum she and her fellow black founders could unleash if they didn’t have to.
Source: Fast company

Entrepreneurship and diversity in the UK