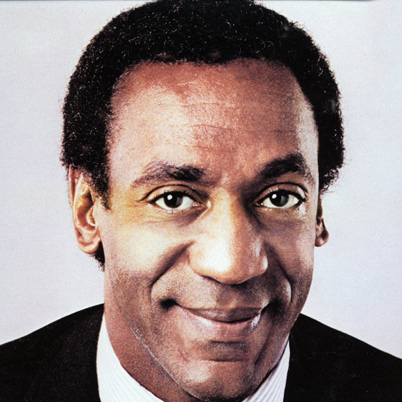 Bill Cosby was born on July 12, 1937, in Philadelphia, Pennsylvania. He dropped out of high school to join the U.S. Navy, and later dropped out of college to become a stand-up comedian. Cosby’s first acting assignment, in the espionage series I Spy (1965-1968), made him the first black actor to star in a dramatic role on network television. Cosby’s most successful work, The Cosby Show, appeared on NBC from 1984 to 1992, and was the highest-rated sitcom for five consecutive years.

“I guess the real reason that my wife and I had children is the same reason that Napoleon had for invading Russia: it seemed like a good idea at the time.”

Actor, comedian, writer and producer Bill Cosby was born William Henry Cosby Jr. on July 12, 1937, in Philadelphia, Pennsylvania. With numerous awards to his credit, Bill Cosby is one of the top names in comedy. He also helped break down racial barriers on television in the 1960s with I Spy and, later, The Cosby Show.

Cosby, the oldest of four boys, grew up in Philadelphia’s Germantown neighborhood. At first, the Cosbys were able to get by, financially, but the family’s money began to slip when Cosby’s father, William Cosby Sr., began drinking heavily. After his father enlisted in the U.S. Navy, Cosby became like a parent to his brothers. Cosby’s mother, Anna, worked cleaning houses. He and his family ended up living in the Richard Allen Homes, a low-income housing project in his neighborhood. At the age of 8, Cosby suffered a great loss when his brother James, the second oldest of the boys, died.

With money very tight for his family, Cosby started shining shoes to help out when he was 9 years old. He also later found a job at a supermarket. Despite their hardships, Cosby’s mother stressed the value of education and learning. She often read to Bill and his brothers, including the works by Mark Twain. A gifted storyteller himself, Cosby learned early on that humor could be a way to make friends and to get what he wanted. Cosby excelled at making things up. As one of his teachers once noted, “William should become either a lawyer or an actor because he lies so well.”

In school, Cosby was bright but unmotivated. He liked to tell stories and jokes to his classmates more than he liked to do his schoolwork. One of his teachers encouraged him to put his performing talents to use in school plays, not in her classroom. At home, Cosby listened to a variety of radio programs and started imitating such comedians as Jerry Lewis. He also watched such television performers as Sid Caesar and Jack Benny whenever he could.

While he was more interested in sports than academics—he was active on his school’s track and football teams—Cosby was placed in a high school for gifted students after scoring high on an IQ test. But Cosby failed to apply himself, and ended up falling behind in his classes. He switched to Germantown High School, and even there he learned that he would have to repeat a grade. In frustration, Cosby dropped out of high school. He worked several odd jobs before joining the U.S. Navy in 1956.

During his military service, Cosby worked as a medical aide on ships, in several hospitals and at other facilities.

He also joined the Navy’s track team where he excelled, especially in the high jump event. Regretting his decision to drop out of school, Cosby earned his high school equivalency diploma while in the service. After leaving the Navy, he went to Temple University where he had been given a track scholarship.

While at Temple, Cosby landed a job as a bartender at a coffee house. He told jokes there,

and eventually landed work filling in for the house comedian from time to time at a nearby club. Cosby also performed as a warm-up act for his cousin’s radio show. He soon started performing at a place in New York City. He found inspiration in the works of such comedians as Dick Gregory, an African-American comic who often talked about racial issues in his routines. Early in his career, Cosby also discussed race in his act. But he eventually dropped it from his performances, choosing to focus on telling stories about more general and universal themes.

Nearly halfway through his college career, Cosby decided to drop out to pursue a career in stand-up comedy. He toured extensively, winning over fans along the way. In 1963, Cosby made an appearance on The Tonight Show, which helped introduce him to a national audience. He soon landed a recording contract and released his first comedy album, Bill Cosby Is a Very Funny Fellow … Right!. He won a Grammy Award (best comedy performance) for his next effort, 1964’s I Started Out as a Child. For the remainder of the 1960s, Cosby released hit album after hit album, winning another five Grammys. He would later pick up two more for his recordings for children.

In 1965, Cosby also helped show television networks and audiences alike that an African-American could play a leading role in a TV series. He starred with Robert Culp in the espionage series I Spy. The two spies pretended to be a professional tennis player (Culp) traveling with his coach (Cosby). The show ran for three years, and Cosby received three Emmy Awards for his work.

Not long after I Spy ended, Cosby starred in his own sitcom. The Bill Cosby Show ran for two seasons, from 1969 to 1971, and featured the comedian as a gym teacher at a Los Angeles high school. A former aspiring teacher, Cosby went back to school at the University of Massachusetts at Amherst. Around the same time, he appeared on the educational children’s series The Electric Company, and developed the animated series Fat Albert and the Cosby Kids, which he based on many of his childhood experiences. In 1977, Cosby received a doctorate in urban education from the university, having written his dissertation on Fat Albert.

On the big screen, Cosby enjoyed box-office success with the 1974 comedy Uptown Saturday Night, co-starring alongside Sidney Poitierand Harry Belafonte in the film. Continuing to attract big audiences, he appeared opposite Poitier in two comedy smashes, Let’s Do It Again and A Piece of the Action, in 1975 and 1977, respectively.

Once again turning to his life for inspiration, Cosby began working on a new television series.

The sitcom focused on an upper-middle class African-American couple with five children. Each of the children’s characters shared some traits of their real-life counterparts. Married since 1964, Cosby and his real-life wife, Camille, had four daughters and one son. It took some time to find a TV network willing to air the series about an African-American doctor, his lawyer-wife and their five children. In 1984, The Cosby Show debuted to favorable reviews and strong ratings.

The Cosby Show drew audiences with its warm humor and believable situations. Cosby’s character, Dr. Heathcliff Huxtable, became one of the most popular dads in television history. He also served as a parental figure to his young co-stars, including Lisa Bonet, Malcolm-Jamal Warner,Tempestt Bledsoe, Keshia Knight Pulliam, and Raven-Symoné, on set. Phylicia Rashad co-starred with Cosby as his wife, Clair. After being the highest-rated sitcom on TV for five consecutive years, the show finally ended its run in 1992.

Over the show’s eight-year run, Cosby found time for other projects: He appeared in several films, including Leonard Part 6(1987) and Ghost Dad (1990). In 1986, Cosby achieved another career milestone—becoming a bestselling author. His reflections on parenting were included in the book Fatherhood, which sold more than 2.6 million copies. His opus on aging, Time Flies (1987), also enjoyed huge sales. In addition, Cosby enjoyed great popularity as a pitchman, appearing in commercials for such products as JELL-O.

After The Cosby Show, Cosby continued to work in television. He starred in The Cosby Mysteries, in which he played a retired criminologist who sometimes helped out a detective friend. In 1996, he returned to the sitcoms with Cosby, re-teaming with former co-star Phylicia Rashad. They were unable to obtain the same level of success as their earlier effort, but they did enjoy some popularity, staying on the air for four years.

While working on Cosby, the comedian experienced a deep personal loss. His only son, Ennis, was killed in 1997, shot to death while changing a tire on his car on the side of a California highway. Around the same time, Cosby was caught up in a paternity scandal. A young woman named Autumn Jackson claimed that Cosby was her father, and tried to blackmail him for $40 million (she threatened him, saying that she would go to the tabloids if she didn’t get the money). She was arrested and later convicted of extortion, and was sentenced to 26 months in prison. Cosby admitted that he had a brief encounter with Jackson’s mother, but he claimed he was not Autumn’s father.

While coping with these difficult episodes, Cosby took on new professional challenges. He started a series of children’s picture books featuring a character named Little Bill in 1997, which also became a children’s TV program. A frequent speaker at commencement ceremonies, Cosby shared his advice in 1999’sCongratulations! Now What?: A Book for Graduates. He took a serious look at the education system in 2000’s American Schools: The $100 Billion Challenge, and paired up with his daughter Erika for 2003’s Friends of a Feather: One of Life’s Little Fables.

In recent years, Cosby has been giving concerts around the country. He has received numerous accolades for his work and social contributions, including the Bob Hope Humanitarian Award in 2003 and the Mark TwainPrize for American Humor in 2009.

In 2012, Cosby made news headlines when he became a victim of a celebrity death hoax that quickly escalated over the internet; A Facebook page entitled “R.I.P. Bill Cosby” surfaced, panicking Cosby fans worldwide. Cosby posted on his Twitter page soon after he heard about the hoax, letting fans know that he was alive and well. “I’ve never met anyone who didn’t like this one!” he wrote next to a photo of himself from The Cosby Show, wearing one of his signature vibrant sweaters.

In July 2013, it was announced that Bill Cosby would be returning to the small screen with a new special on Comedy Central, Far From Finished, set to debut in November 2013. Directed by Robert Townsend, the production marks the comedian’s first concert special in three decades. 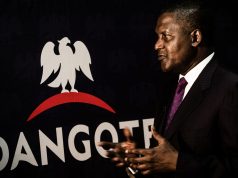 The Richest Nigerian and Richest Black Man in the World

Blacks in Wall Street and Beyond MARIANNE SPRAGGINS