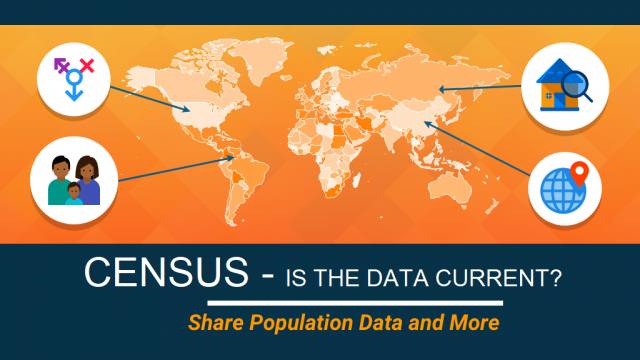 THE 21st March 2021 is Census Day in England, Wales and Northern Ireland. This marks the latest in a series of household and population counts that date back to 1801, or even further if you count the 1086 Doomsday Book. Censuses have been undertaken every 10 years since 1801, with the exception of 1941 during World War II when we had a system of Civil Registration. The earliest Censuses between 1801 and 1831 just provided a count of the number of people in an area. From 1841, information was collected on each household and the residents within it. This included their name, age (or date of birth) and sex, whether they were married or single, their relationship to the head of the household, information on their occupation, economic status, whether an employer or employed and also their birthplace (Duke-Willians, 2018). More recent Censuses include questions on all aspects of our housing and households, as well as information on the demographic and socio-economic characteristics of all residents.

This long series of snapshots of the population provide invaluable insights into how society has changed and developed.

In June 2022, UK released the first traunch of its census results from a census information gathered over 15 months previously. Considering the census was completed by 90% of the population online – the obvious question is why did publication take so long. And only a small part of the results were published. The rest are promised in the Autumn. This – in our opinion is scandalous. But no one seems to care.

Bedlow are the points raised by Dr Liz Allen. (@DrDemography) on Twitter on 27 June 2022.

Census of Population and Housing is held every 5 yrs in Australia, consistent with UN recommended best practice. #Census2021au was held in August last year, with the first round of data to be released less than one year after collection. Criticisms include lack of timeliness.

Are there better, more timely, alternatives to the census? No, not in the current data landscape exists. But there is loads of data, so let’s consider the potential.

One of the arguments against the census is that we can get the same data elsewhere from the multitude of service providers that already come in contact with the public. Problem is that these data collections are administrative. They’re collected for something else, are limited.

Centrelink data is collected to provide a service. Information we provide to the tax office ensures tax compliance. Medicare doesn’t keep information about overseas nationals and people who’ve never had their birth registered, which is an issue in remote & Indigenous communities.

Australia’s large immigrant population would become a blind spot if we were to rely on the data the government already collects, as many aren’t eligible for certain government services.

Population registers are a viable alternative. Finland uses a computerised system to record population data including births, deaths, marriages, migration etc. Netherlands, on the other hand, conducts a virtual census by pulling together digital data from many different sources.

Population registers offer real-time data, but they require ongoing maintenance and verification and often exceed the cost of our census. Ironically, they also need to be checked against a census. And Germany’s experience shows population registers are not always accurate.

Limited financial upside, together with lower quality data, makes a population register risky Plus we shouldn’t think of the census as an unrecoverable cost; it’s an investment. UK review shows costs are recovered in just over a year, and an Oz review showed a sixfold return.

Australia’s future relies on strong evidence that reflects contemporary society. This isn’t solely the domain of researchers. We all have a stake. The census is ours; let’s celebrate us.

The UK black community find census reports valuable. There we can find out where we are as a community. The population numbers, our location, and where we stand economically and in family situations. Even with figures being out of date or have a 5% margin of error, it is all we have.

The most important function of Census data is that the Government uses it to distribute billions of pounds each year to local authorities and health authorities to ensure that the people who need services can access them. In addition, both the Government and local authorities use the data to help plan future housing, health and care, transport and education needs across the country. Unlike most surveys, the Census, which you are legally obliged to complete, usually has an impressive completion rate, estimated to be 94% in 2011. However, people still get missed from the Census, sometimes because they are unable to access a form or their family miss them off. This is particularly true of babies under one year old who are often missing from their families’ form. Other groups that are often missed include young people aged 20-29, particularly those living in inner-city areas and older women.

Collecting data on over 90% of the population sounds very impressive. However, it is very important to count everyone. If the Census data don’t accurately reflect the population then some areas of the country and some groups could miss out on the services they need. If the Government uses inaccurate data to distribute money to local areas, some areas may miss out on the funding they need to support their residents. This could lead to people not getting the support they need or increases in local taxes such as council tax to cover this shortfall in funding. It also makes future planning difficult because it could potentially be based on data that doesn’t reflect the current situation and the changes since the 2011 Census.