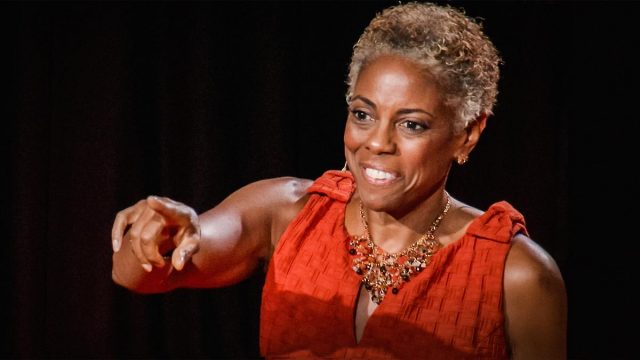 Netflix’s 2021 Inclusion Update Reveals More Than Half of Its Global Workforce Is Female
For the first time, more than half of the streamer’s worldwide leadership and overall workforce are women, while people from the global majority continue to comprise the actual majority of U.S. employees.

Netflix has updated its employee demographics data through the 2021 calendar year.

In a blog post penned by vp inclusion strategy Vernā Myers, the streamer revealed that for the first time since it began reporting the numbers in 2017, the majority (51.7 percent) of its worldwide workforce of 10,000 (up from 8,000 in 2020) are women. Similar proportions exist for women occupying director titles and above (51.1 percent) and those working in creative and corporate capacities (59.5 percent). Only in the technical departments are women a minority (37 percent), although they increased their share of representation in all these categories.

In terms of race and ethnicity, people from the global majority continue to comprise the actual majority (50.5 percent) of Netflix’s U.S. workforce of 7,300 (up from 6,300 in 2020), although white employees still occupy the plurality (42.8 percent, down from 44.3 percent the year before). By comparison, people of color comprise 39 percent of WarnerMedia’s U.S. employees and 37.7 percent at ViacomCBS.

Most of the domestic leadership at Netflix is white (54.3 percent, down from 56.6 percent in 2020). Netflix promoted or hired enough people from the global majority in director positions or above to nudge inclusion upwards in most of the historically excluded racial categories: Asian (15.3 percent to 16.2 percent), Black (10.9 percent to 13.3 percent), multiracial (4.2 percent to 4.7 percent), Hispanic or Latino (4.3 percent to 4.4 percent), Native Hawaiian/Pacific Islander (0.6 percent to 1 percent) and Indigenous (zero to 0.1 percent). Only MENA (Middle East and North African) representation in leadership remained flat year-over-year, at 0.3 percent.

Among the 22 members of Netflix’s senior leadership team, 10 (45 percent) are women and five (22.7 percent) are from at least one historically excluded race or ethnicity.

“While increasing representation is important, it’s only part of the work,” Myers wrote. “So we continue to build an inclusive workplace where everyone can thrive. The strategy we laid out in our first inclusion report remains the same.”

Increasing representation: In last year’s report, Netflix said it would improve its recruitment of Hispanic/Latino employees, and it’s done so in part by adding Hispanic Serving Institutions in addition to more HBCUs to its pipeline programs, such as its 16-week online tech boot camp (renamed from Netflix’s HBCU Bootcamp to Pathways Bootcamp last summer). The streamer adds that it is expanding inclusive hiring training for its recruiters and hiring managers, as well as looking for new ways to diversify its executive and company networks.

Improving culture of inclusion and belonging: Although the Netflix update did not mention the streamer’s largely unresolved controversy over transphobic content in its Dave Chappelle comedy special The Closer, which culminated in an Oct. 20 staff walkout and a protest rally that drew hundreds outside its Los Angeles headquarters, Myers noted the company’s suite of inclusive benefits, which includes parental leave, transgender and nonbinary health care (U.S. plans only), and family-forming support for employees regardless of marital status, gender identity or sexual orientation. She also mentioned that in 2021, Netflix added a new employee resource group (bringing the current total to 16), conducted its annual pay equity review and held 90 virtual workshops on inclusion with participation from at least 4,500 employees.

“We have a lot more work to do, particularly in recruiting more Latino/a/x, Indigenous and other historically excluded talent in the U.S. We’re also improving how we understand the representation of our workforce outside of the U.S. reporting requirements,” wrote Myers, noting that the company is looking to better measure its workforce inclusion in terms of gender identity, disability, veteran status, sexual orientation and internationally. “Transformational change won’t happen overnight. Progress takes consistent discipline, heart and practice.”