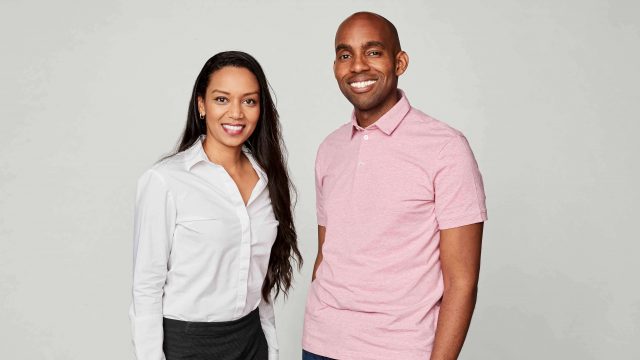 When Iman Abuzeid was out raising financing for her health-tech start-up, she was mistaken by a VC firm for the Postmates carrier.

When Iman Abuzeid was raising her last round of financing, she stepped into a Silicon Valley venture firm in business casual attire and was immediately mistaken for a Postmates delivery driver.

Abuzeid, who trained as a physician before enrolling in a business degree in health care management, was getting ready to pitch her start-up, Incredible Health, when the investor asked her about his delivery. She didn’t take a check from that venture firm, which she declined to name. But she was successful in pulling in $17 million to build software that makes it easier for hospital clients to hire medical personnel.

She’s now one of a small number of venture-backed female black founders in the growing health-tech sector. She thinks that’s a business mistake on the part of venture investors.

Abuzeid says the lack of diversity is more than a moral and human rights issue. It also makes good business sense to build teams that more closely represent the customers they aim to serve. Near 40 percent of Americans now belong to a racial or ethnic minority.

On the venture side, the numbers are even more stark. Black women typically net less than 1 percent of the billions in venture funding doled out to start-ups every year. By way of example, SoftBank’s $100 billion Vision Fund has invested in more than 80 companies — only two of which have a black founder or co-founder.

“Let’s talk about how diversity drives financial performance,” said Abuzeid at the start of our call. “Studies show that start-ups with diverse teams have higher revenue; they make decisions faster and better; and are more innovative.”

Investors will often tell Abuzeid when they meet her that it’s just a “pipeline problem,” noting that it’s a challenge for them to find black founders to invest in. But Abuzeid thinks they aren’t looking hard enough.

“I have heard investors tell me they never meet black founders,” she said. “But it’s imperative on them to expand their networks because there are plenty of black founders, and we’re building great companies.”

“It’s a myth that we’re so hard to find,” she continued. “I just don’t buy it.”
One important step would be for investors to hire more diverse talent into their own firms.

In theory, these investors could more easily relate to the huge swathes of the population that tend to be ignored by Sand Hill Road — and would be more likely to invest in black founders.

In health care, for instance, there are tons of artificial intelligence and machine learning companies developed by former Google or Apple engineers, all pitching the same hospitals. But very few start-ups are selling into Medicaid, which serves lower-income Americans, despite that it covers 1 in 3 people in the state of California.

Abuzeid’s space — nursing — has also been overlooked, she notes, despite the huge shortages of nursing professionals and the desperate need for talent. The U.S. Bureau of Labor Statistics projects the need for 1.1 million new nurses to avoid a widespread shortage as the population continues to age.

“I work with nurses and human resources leaders who really care about building diverse teams of nurses,” said Abuzeid. “And we have a really diverse team at our company, so we can look at things like the fact that many of our nurses don’t have laptops so we can ensure our product is built to be mobile-friendly.”

Ultimately, Abuzeid said she’s hoping that her fellow founders who are minorities “won’t have to deal with any more B.S.” over time, including the micro-aggressions they continue to face in Silicon Valley, like being mistaken for a delivery person.

But for now, she’s keeping her head down building her business.

“I have to go out there and win,” she told me. “I have to make that hire, close that deal, and try to fix this unjust system through my actions. My goal is to provide another counternarrative to the idea that black founders can’t IPO and that we can’t be successful.”

Hip Hop is here to stay, despite Gene Simmons