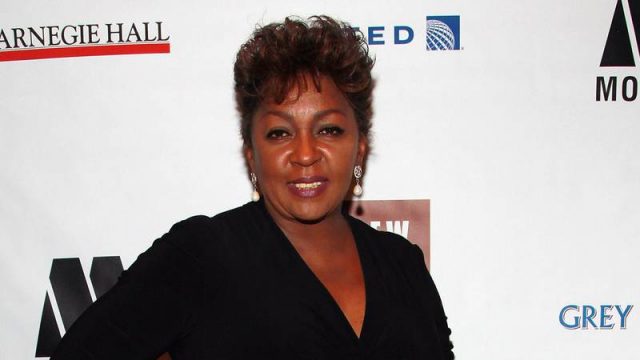 Anita Baker, the soul music icon says she is legally entitled to her master recordings, referencing Prince in her tweets

On the eve of Grammy Sunday, Anita Baker has asked fans not to buy or stream her music. The Detroit-based icon posted on Twitter last week that she’d outlived all of her recording contracts and that the right to her masters should legally revert to her. Baker is referencing copyright reversion, which allows musicians to retain their copyrights after 35 years.

However, the law doesn’t mean that that reversion is immediate, or automatic, according to the Future of Music Coalition, a music education and advocacy group. Per their website, there are steps a musician must take to regain their copyrights under the law.

Anita Baker, 63, says that the time is up and that until she can regain those copyrights, she wants her fans to avoid her music, which includes seven studio albums and one live album. They include classic releases like The Songtress, Rapture, Compositions, and the hits “Sweet Love” “Caught Up in The Rapture” and “Giving You The Best That I Got,” all of which Baker co-wrote.

When fans questioned the directive, Baker schooled a few on the finances of the music business. In the 90s, the late artist Prince, one of the most prolific musicians of his era, publicly fought his record label, Warner Bros., for the rights to his master recordings.

In most record deals, master recordings are not owned by the artists outright. Although artists make the music, in the complex financing of the music industry, artists are advanced money to record and promote their albums. This is basically a loan they pay back through record sales. However, royalties continue to be paid out long after artists are commercially viable and that is the essence of why artists try to negotiate their contracts to get the rights to these earnings before the copyright law is up.

In her response to a fan who said she’d dedicated a Spotify playlist to her, Baker echoed Prince, who famously didn’t allow his music on YouTube and had only done a streaming deal with Tidal before his passing in 2016 because of Jay-Z’s ownership stake.

Baker even directly referenced the Minneapolis icon in her tweets, describing music streaming services as “thieves in the temple” and using a Prince GIF to illustrate her point.

Baker broke down the hard numbers of streaming services and what an artist actually gets from each spin. That is $0.003 – $0.005 per stream for artist – minus fees, taxes ect.

And furthermore, Baker wants you to know that streaming audio is not as high-quality as it should be:

Baker, like Prince, is one of many artists who has now spoken out about the unfairness of music contracts. It’s one of the reasons so many artists have ancillary careers now – from beauty brands to athletic wear to corporate endorsements and partnerships.

However, for artists who can’t command those big deals and who make much of their money on the road, the pandemic has severely impacted their ability to earn a living. Fair payment for streaming media would certainly help.

But Baker does know a good song when she hears one — giving Anderson.Paak and Bruno Mars a nod of approval for their new song “Leave the Door Open” from their Silk Sonic partnership. She posted it to her Twitter saying “That’s an old school love song.”

Mars responded with “I love you Anita. Thank you so much.”

Ms. Obiageli Ezekwesili is the World Bank Vice President for the Africa Region