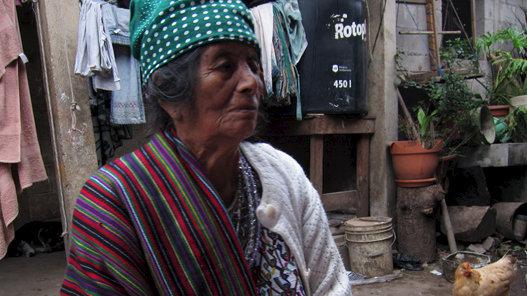 There are no easy solutions in Guatamala. The majority of the country’s indigenous population lives in poverty and oppression. The conditions for human rights and a society ruled by law are poor.

Even though Guatemala is rich in resources, half of the country’s almost 14 million inhabitants live below the poverty line. The majority of the poor belong to the country’s indigenous Mayan population. Especially in the rural areas, many small children grow up with constant undernourishment and malnutrition.
The peace agreement of 1996 ended a 36 year long bloody conflict. But it has not led to greater social equality or broken with the racism and impunity that is a part of everyday life in Guatemala.
The distribution of the national income is the third most unequal in the world, and Guatemala is the country in Latin American that has the most uneven distribution of land.

WHAT WE DO IN GUATEMALA

Our work in Guatemala focuses on supporting the poorest and most exposed sections of the population – primarily the Mayan population and small farmers. In the Western part of the country, we support the poor families to improve their farms.
We support organisations that work on a local and national level as advocates trying to change the situation as regards farming and land ownership as well as strengthening the Mayan population’s rights and influence. We work with strengthening the system of justice and human rights.
We focus on:

DanChurchAid has been active in Guatemala since the 1990s and has helped build ACT FORO – the regional ACT Alliance partner.