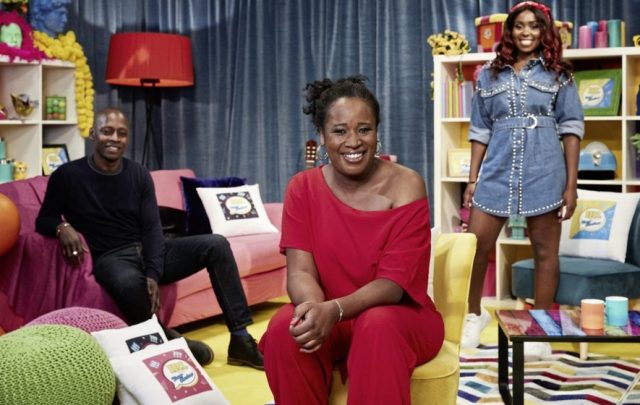 Creating a programme talking honestly to children about race and prejudice was a ‘baptism of fire’ for broadcast journalist and newsreader .

As Black Lives Matter protests took hold globally, it struck me that children were being left out of the conversation about race, racism and diversity. As someone who’d learnt about racism at an early age, having been a victim of abuse from other children, I feel strongly that children ought to be instrumental in the conversation. Excluding them allows stereotypes and ‘othering’ to continue for another generation.

Thankfully ITV felt the same when I suggested the idea which became IRL with Team Charlene, a magazine show dealing with racism in the UK, and how it impacts the lives of young people, through a mix of short films, animation and music. I have little to no experience on the programme-making side of television. In all honesty, I wasn’t necessarily ‘pitching’ as such when I spoke to them, but they loved the idea. They saw my passion and immediately agreed that it was something they wanted to be a part of.

And then began the baptism of fire. I had to quickly learn how to realistically put together a new studio-based kids programme, in a way that was engaging, entertaining and informative… during a pandemic. ITV agreed that ITN Productions were best placed to make it alongside ITV News – the company’s first children’s commission.

I took on my friend Jessica Symons as executive producer of the show, and from the very start we were adamant that we wanted it to be a diverse mix of talent on the team. We were thankfully able to achieve that by using some of ITN’s team, and some fantastic young freelancers.

The commissioner, Gemma John-Lewis, helped to bring the idea from an image in my head to what was produced on screen. The passion that Gemma also had for the project was fabulous. Let’s not forget that this is something that had never been done before: ITV, ITN Productions and ITV News working on a children’s programme together. We really did, together, want to make a difference.

Finding a diverse cast for the show was the easy part. We knew we wanted a recognisable face from CITV, and Kerry Boyne fit the show perfectly. And we wanted a man with us in the studio… but how often to do you see black men in the counsellor role on TV? We wanted to change that, so sought out Rotimi Akinsete who thankfully loved the concept of the show and wanted to be involved.

Once those pieces were in place, we looked for music talent who could lift the show. Scouring social media to find young talent who were doing great things, we found King Caelan and Eva-Marie. At no point did we question whether there was ‘too much’ black talent on-screen on one show. We wanted diverse talent, so we looked for it, found it, and used it. This was the same for the production team too and the end credits reflect that.

But working with a team that understands that and recognises the importance of it also made a difference. From the commissioner Gemma to the exec Jess, to me the creator, it was a non-negotiable part of the process of making the show. And that’s the key isn’t it? Yes, we were making something fun and informative, but we couldn’t make a show about race and racism without making a difference behind the scenes too. So, I’m proud of what we achieved, and the way that we did it.

Charlene White is a journalist and newsreader who has been lead presenter of ITV News London since 2019.

IRL with Team Charlene aired on 3rd October 2020 and is available to watch on ITV Hub.