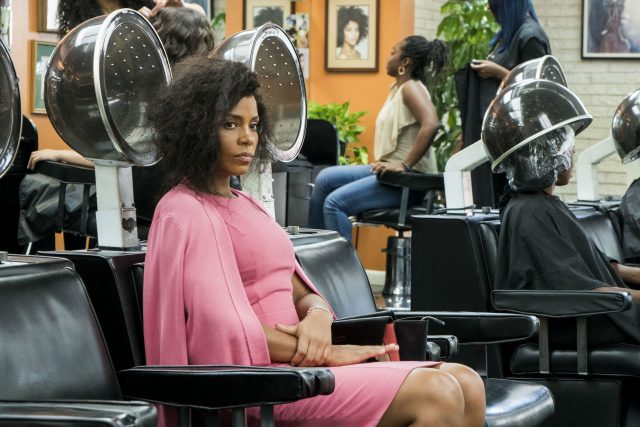 UK training organisation ScreenSkills is calling on hairdressers and make-up artists experienced in working with Black hair and make-up for people of colour to join the film and television industry through a new training initiative.

The first round of the training programme will have 16 places available, and will conclude with paid placements on high-end television productions in spring 2022, for companies including Netflix and ITV Studios.

ScreenSkills is targeting hairdressers and make-up artists working in areas such as Black hair salons, on photo-shoots, in wedding beauty, department stores, music videos, live events and theatre. All applicants will need extensive experience in working with Black hair or with make-up for people of colour, although it is not expected that candidates will have both.

The training is funded by the ScreenSkills Film Skills Fund with the placements supported by the High-end TV Skills Fund, both investing industry contributions from productions made in the UK.

“We are sure that there are people out there with experience in Black hair and make-up for people of colour who would be brilliant for the film and television industry if we can fast-track them in – creating a greater diversity of crew behind the camera to match the changes happening on screen,” said Seetha Kumar, CEO of ScreenSkills.

Paapa Essiedu, star of BBC/HBO series I May Destroy You, added: “When I started acting, my white peers would just get their hair cut by hair and make-up for their part. The same wasn’t true of my hair. I would have to take time out of my day and use my budget to go to a barber. My time wasn’t seen as having the same value as my peers. This sounds like a great initiative. I hope that it attracts people into the industry who haven’t known how to get in before.”

A free online introduction to hair and make-up for film and television and how the training programme will work will be held on January 20.

It is 2022. It’s wonderful that more black and mixed race and Asian actors are being hired for mainstream film and TV roles. But it’s also time that Film makers look to hire black hairdressers and black make-up artists to deal with the styling of black actors or performers. There are thousands of these professionals, and a short search on instagram will reveal the talented people of colour who would be more than willing to be hired.

Too many actors and actresses have had to do their own make up and hair and not afforded the luxury of being taken care of that their white counterparts have. It shows disinterest in the culture or laziness on the part of the management and costume department.

Some productions have millions for a budget but yet refuse to see the needs of people of colour. It’s time that changed. Equality and Diversity needs to be addressed in every way.

We are pleased to see this call out – and will put the word around. It’s high time.

An Open Letter to Meghan Markle

French parents are to be BANNED from home-schooling their kids as part of Emmanuel...

Green Studio: On The Fast Track in Cape Verde