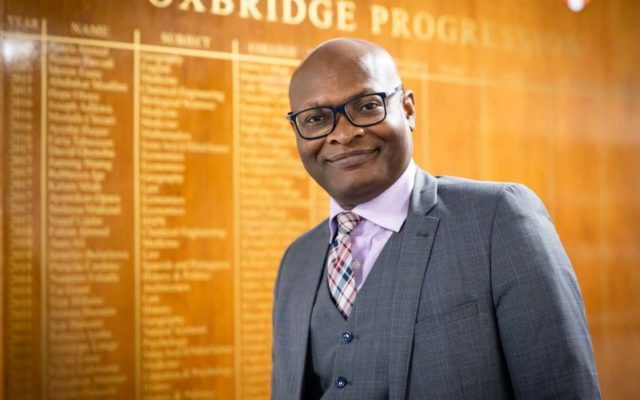 Why do some state schools thrive while others flounder? Brampton Manor Academy, a selective sixth form with academy status in Newham, east London, one of the country’s poorest boroughs, announced yesterday that 55 of its teenagers have received offers from Oxford and Cambridge, placing it ahead of Eton College. Brampton’s sixth form accepts 300 to 400 pupils each year, some of whom travel for two hours each way to reach classes.

It marks a meteoric rise; in 2014, the year its first cohort of students took A-levels, the school received just one Oxbridge offer.

Intake shows 18 per cent of pupils are currently on free school meals (a mark of deprivation), only slightly higher than the England average of 17 per cent. But most of the teenagers with Oxbridge offers are the first in their family to attend university; many hail from difficult circumstances. There’s Afrin, for example, who has caring responsibilities at home and now holds an Engineering offer from Cambridge; or Chloe, who qualifies for free school meals and now holds a Natural Sciences offer from Cambridge.

So, what is Brampton Manor doing right?

Inner-city magic
Brampton Manor’s success tells a wider story about how British education has changed since the 1980s, when the worst performing schools tended to be in the inner regions of large industrial cities. Back then, the phrase “inner-city comprehensive” was met with shivers of dread from middle-class parents, who fought tooth and nail to get their children into leafier catchment areas.

Now, that situation is reversing. The country’s top social mobility hotspots are now found in the inner London boroughs of Newham (in which Brampton sits), Hackney and Tower Hamlets, according to the Government’s 2017 report on social mobility. Meanwhile, communities at Britain’s outer edges – deprived coastal areas like Hastings, Blackpool, and Great Yarmouth – have become “social mobility coldspots …[at risk of] being left behind economically and hollowed out socially”, says the government.

Much can be explained by the supply of talented graduate teachers, who are far more likely to apply to challenging schools in cities than in deprived coastal towns. When I interviewed Brampton Manor’s headmaster, Dr Dayo Olukoshi, in 2019, he told me one of his tricks is to deliberately over-staff the school in a “number of curriculum areas to make sure that our students are constantly being taught by high-quality graduates”.

This feat would be impossible somewhere like George Pindar School in Scarborough, once considered one of the most challenged schools in Britain. It is now undergoing a transformation under its new headteacher, Lesley Welsh, who told me in 2019 that the school still struggles to attract and retain teachers from outside Scarborough.

Brampton Manor also has a large number of second-generation immigrant pupils, and a much higher than average number of pupils who speak a language other than English at home, according to the school’s 2018 Ofsted report, which ranked it ‘Outstanding’ in all categories. Second-generation immigrant pupils tend to perform better, on average, than white working-class pupils whose families have been in Britain for generations (this group’s poor academic performance is now the focus of a Parliamentary enquiry). The Sutton Trust, an education charity, points to a “strong cultural appreciation of education” among some ethnic minority groups to explain this success.

Others point to London’s diversity: almost every postcode in London has pockets of wealth and pockets of deprivation, in contrast with other parts of the country (which tend to be more segregated). This means that virtually every school in London receives its fair share of those sharp-elbowed, ambitious parents who have proved so crucial to a school’s success.

Tough on pupils
Olukoshi says his disciplinary style is inspired by that of by Sir Michael Wilshaw, the super-strict headmaster who, in the early 2000s, transformed Britain’s worst-performing state school – Mossbourne, in the neighbouring borough of Hackney – to one of the highest-achieving in the country.

“Sir Michael believes, as I do, that there is no secret, there are no big fixes, and what you need is a clear discipline structure, where the boundaries are clear,” Olukoshi told me in 2019.

The school day starts officially at 8.15am, but sixth-formers are encouraged to work in the study centre from 6am. By 6.15am, Olukoshi claims he can usually see 80 students already at their desks, working in silence.

Sixth-formers must dress formally (plain black suits for both boys and girls), and Olukoshi practically scoffs at the idea that pupils would ever call teachers by their first name, a practice adopted in some trendier quarters over the last decade.

Tough on teachers
The school takes an equally rigid approach to its staff. Olukoshi claims the staff car park is nearly full by 7am, and by 7pm he is “actually chasing them to leave – the teachers don’t want to go home”.

It is a culture not suited to everyone. One former employee told The Telegraph in 2019 that, thanks in part to near-constant lesson monitoring by fellow teachers, there was a “general culture of fear” among staff, who routinely put in 12-hour shifts on site: “The atmosphere in the staff room was best described as oppressive,” they said. New recruits at Brampton Manor have been known to last barely a week in their post before fleeing from the stress.

Tough on parents
Just as Sir Michael famously took out restraining orders against badly behaved parents at Mossbourne, Olukoshi has adopted an equally formidable approach to mums and dads at Brampton Manor, summoning them to special meetings if he believes they are “making excuses” for an absent child.

“We absolutely challenge that excuse culture. They might say things like: ‘Well, my daughter was revising until very late, so I allowed her to lie in.’ Well, that’s not acceptable. We challenge our parents, and our parents overwhelmingly are very supportive of what we do here.”

He also stages interventions with any parent he thinks might be holding their child back from attending a top university. “We have had some cases, especially among the female students, where the parent basically says they’re not going to support their daughter moving out of London. [There are] incredibly able students who have secured amazing offers from Durham University, and the parents will say: ‘Well, I’m sorry, our daughter’s not leaving home. The University of East London is not far from where we live, why can’t she just go there?’ We have constant battles with the parents, and we win most of them.”

What Is an OFAC Background Check — and What Is It For?