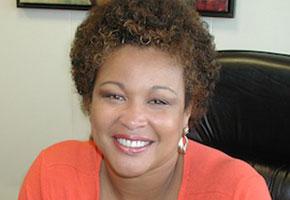 Leah Brown is president and CEO of A10 Clinical Solutions, Inc., which specializes in clinical research and on-site preventative care health clinics for large pharmaceutical, government agencies, hospital systems and corporate entities. A10 supports clinical projects that have a significant impact on communities that have traditionally experienced healthcare disparities. The company’s revenues in 2011 were estimated at $30 million and its three year growth has been 1,011%.

Part of the inspiration for Brown’s journey has come from two family members. The first is her maternal great-grandfather, Allen “Papa” Carney, a free African-American who had 18 children and insisted on his sons becoming entrepreneurs. “I didn’t know until recently that I came from a long lineage of entrepreneurs until my family history was explored, but it helped me understand where my entrepreneurial drive comes from,” says Brown. The second inspiration was a favorite uncle, Allen Clayton Brown, who died of HIV/AIDS in 1987. His death, and the desire to do something innovative to help heal the world, led Brown to establishing A10 Clinical Solutions in 2005.
But it wasn’t just family members that inspired Leah Brown to become the head of an exceptional company. She also has a solid background in the industry, having worked for more than 20 years in healthcare and regulatory compliance, handling the marketing, architecture and coordination of complex technical solutions for hospitals and academic medical systems. As she has stated in an interview, one of the reasons she started her own business was to satisfy “the burning urge to give back to our communities by improving healthcare for the people who need it most.”
Leah Brown has a degree in Information Technology from Virginia Commonwealth University and aJuris Doctorate from the University of Kentucky, and was admitted to the North Carolina State Bar in 1992. She also holds the distinguished designation of Certified in Healthcare Compliance (CHC). One of the numerous awards she has won is the Ernst & Young Entrepreneur of the Year 2010 Carolinas Award for being Socially Responsible. She was one of only two women finalists among entrepreneurs lauded for their work in business services, health sciences, emerging technology and medical technology.
Brown has maintained her spirit and drive along the way. As she puts it, “One of the biggest lessons I’ve learned is that having difficult times is just an evolution process. Making mistakes is just part of being an entrepreneur. So bad things are learning lessons and the good things – let’s revel in them!”