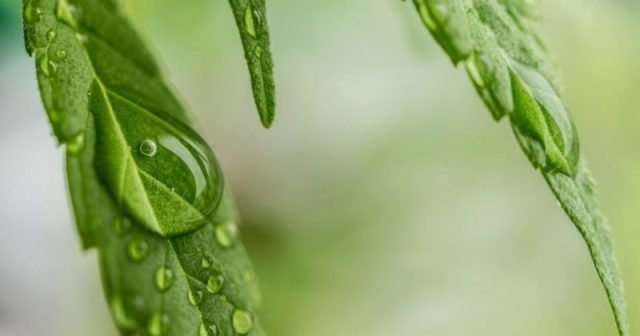 Courtney Betty, the Timeless Herbal Care Ceo told Marijuana Business Daily ™, “This was the first test shipment to create a pathway from Jamaica to Canada… We think that, with the shortage of medical cannabis in Canada, Jamaica is going to be a great option… We’ve built our company on a model over the past five years in preparation for the Canadian opportunity.”

Cannabis was introduced into Jamaica throughout the 1850s and 1860s by indentured servants and slaves imported from India during the British rule over both India and Jamaica. Many of the terms used in Jamaican cannabis culture are based on Indian terms, including “ganja”.

Cannabis was banned in Jamaica under the 1913 Ganja Law, supported by the white elites and the Council of Evangelical Churches in Jamaica. These harsh laws had even tighter restrictions during the time periods when the Jamaican authorities feared civil unrest in the lower classes. In February 2015, Jamaica’s legislature voted to amend the nation’s cannabis laws.

Timeless Herbal Care was one of the first licensed producers in Jamaica. Since Jamaica passed an act in 2015 to decriminalise small amounts of cannabis and establish a licensing agency to regulate a lawful medical cannabis industry on the island, the country’s MMJ industry has been a center of growth.

The Jamaican Cannabis Licensing Authority, which oversees the permitting process for the cultivation, processing, distribution, sale and transportation of medical cannabis, told Marijuana Business Daily ™ it had issued 22 licences as of the end of August.

An additional 126 are at the “conditional approval” stage, according to the Authority. Synfine Research plans on combining its catalog of more than 800 cannabis compounds with all natural Jamaican cannabis strains to develop new medicinal products. The Government of Canada issued the import permit, and the Ministry of Health in Jamaica issued the export counterpart.

This could mean the beginning of a lucrative international cannabis export and import business if things continue to go well. People need to educate themselves about CBD and one of the sites providing resources is We Be High. The rest of the world will want to catch up soon.

It seems many banks in the country are balking at funding medical cannabis operations out of concerns for their relationships with banks in the USA; where cannabusinesses also still struggle with securing financial services.

A meeting was recently held with Jamaican banks to discuss the matter.

“We had a meeting with a major stakeholder in the industry and we have been having meetings with persons who are making the various different proposals on how we deal with this correspondent banking issue,” said State Minister, Dr. the Hon. Norman Dunn. “It is a real issue; it is a real concern”.

The Jamaican Government is keen to support its local medical cannabis industry, and is attempting to assist.

“The Ministry is working assiduously to ensure that we have a solution, that we can encourage this new industry to grow and develop and thrive,” said Minister Dunn.

There’s been a strong push for the development of a medical cannabis and hemp sector in the country for some years. Back in 2016, then Finance and Planning Minister, Audley Shaw said Jamaica “cannot afford to miss this boat” and 2017 saw the first cultivator licences issued.

The country’s industry is overseen by the Cannabis Licensing Authority (CLA), which was established in 2015. It creates regulations to guide the development of legal medical marijuana and hemp industry in Jamaica, ensures regulations created and activities within the industry meet Jamaica’s international obligations, and issue licenses, permits, and authorization for the handling of marijuana and hemp.

The Cannabis Licensing Authority had issued 67 licences to local companies and individuals since its establishment in 2015 by August this year (28 for cultivation, 23 for retail, 11 for processing, four for research and development and one for transportation.) and was aiming to issue its 100th license by the end of the 2020/21 financial year. As at September, the CLA had also issued 315 conditionally approved licences from 712 applications.

In August, the Bureau of Standards Jamaica (BSJ) announced it had developed and established seven standards to provide guidelines and safeguards for consumers and to help companies with readying their cannabis operations for the export market.

HUNGER AND POVERTY IN AFRICA