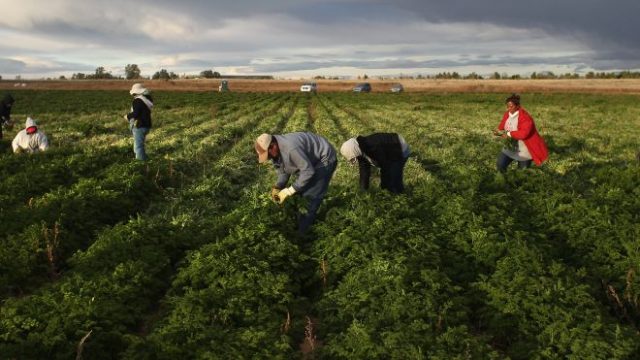 A group of Black farmworkers in the Mississippi Delta is taking legal action against Pitts Farm Partnership, alleging they were displaced by higher-paid white foreigners from South Africa.

Six longtime Black farm workers allege in a federal lawsuit that their bosses had them train white immigrants flown in from South Africa on how to work the fields, only to replace the Black workers with the foreign workers years later, The New York Times reports.

Four of the plaintiffs — Andrew Johnson, Wesley Reed, Gregory Strong and Richard Strong reportedly did agricultural work on the farm, which usually paid a minimum wage of $7.25 an hour, and $8.25 hourly for weekend work. Two of the plaintiffs, Stacy Griffin and James Simpson, drove trucks during harvest time and had been paid $9 an hour since 2018. The farm allegedly paid the white workers from South Africa $9.87 an hour in 2014 and increased the rate until it reached $11.83 an hour in 2020, per the report.

Richard Strong, 50, said the company violated regulations of the foreign worker visa program. The white immigrants were paid more than the $7.25 hourly wage that the local Black workers were making. Strong says immigrant workers are being lured to the United States on H-2A visas for wages of up to $11 per hour.

Pitts Farm Partnership, which grows cotton, soybeans and corn in the Mississippi Delta’s Sunflower County, has historically used local Black farmworkers to perform fieldwork. That changed about a decade ago when the farm operation turned to white workers from South Africa who were flown in on special guest worker visas, per the report.

“Black workers have been doing this work for generations,” said Ty Pinkins, a lawyer at the Mississippi Center for Justice, which is representing the Black farmworkers in the lawsuit, according to the report. “They know the land, they know the seasons, they know the equipment.”

The New York Times article notes that “Growers brought in more South Africans with each passing year, and they are now employed at more than 100 farms across the Delta.”