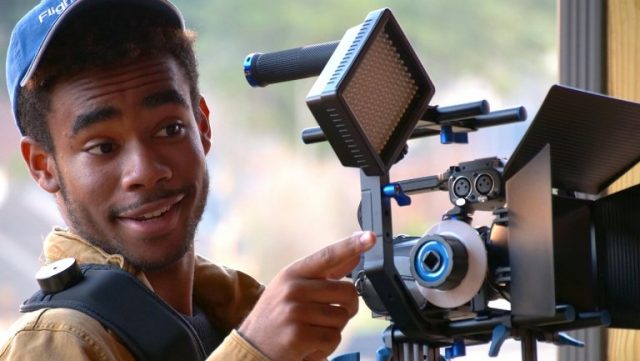 Julian Bass only joined Twitter in April. The 20-year-old Georgia State University theater major primarily posted his short videos on TikTok, but over the last few months he had begun to repost his content to Twitter.

The videos, funny, playful riffs on superhero movies with slick visual effects as well as editing tutorials, had garnered him a steady and growing following until his latest video, which is when everything went “insane.”

Posted on Wednesday, the 20-second long video, set to Harry Styles’ “Watermelon Sugar,” shows off Bass’ deft and seamless VFX skills, his sense of humor as well as his acting chops in a visual tribute to his favourite heroes including a Jedi knight, Ben 10 and Spider-Man. He captioned the video simply with the words, “If y’all can retweet this enough times that Disney calls, that’d be greatly appreciated.”

By late Thursday night, the video had been viewed 10 million times, retweeted 300,000 times, liked over 650,000 times and inspired a fledgling fan campaign for Bass to become the star of a Miles Morales-fronted Spider-Man live-action movie.

Pretty quickly, helped immeasurably by mass tagging on Twitter, the video had also caught the eye of some of the biggest names in Hollywood with replies and retweets from the likes of Oscar-winner Matthew Cherry, Guardians of the Galaxy helmer James Gunn, actor Josh Gad and Ben 10 voice actor Tara Strong. People tagged Spider-Man: Into the Spider-Verse director Peter Ramsey to see if he could help Bass in some way, he replied “Look at all those likes…he helped himself!!”

More than retweets, the official Lonely Island twitter account said it had forwarded the video to Disney and VFX giant Industrial Light & Magic, actor Zach Braff urged Gunn to “hire this man,” and yes, the video, eventually, caught the notice of Disney executive chairman Bob Iger himself, who replied, “The world’s gonna know your name!”

“I jokingly asked for Disney and got the chairman himself,” Bass told The Hollywood Reporter over direct message late on Thursday. “I absolutely had no idea it’d get this big. I mean, I’ve always put 100% into the videos I make and they’re usually well received by those around me but nothing of this caliber,” he said.

“It’s insane. No other way to put it,” Bass says of reaction to the video and the outpouring of enthusiasm for his work. “I actually had a video go viral a while ago that Matthew Cherry saw, this was before I even had a Twitter account, and he and I are now connected! But people like James Gunn, Tara Strong, Casey Neistadt, Josh Gad, Mark Hamill himself! I mean, these are people who have always been on my radar and it means everything in the world to me that now they’ve inspired me to a point where I’m on theirs. And as for Bob Iger, [it’s the] icing on the cake!!”

Bass told THR that people in Hollywood have reached out to him but didn’t reveal any details only that “there’s most definitely going to be some discussions about what can be done going forward.” He joked that it “seems like 8 million people want me to be Miles Morales!”

Social media fame has come rapidly, but Bass has been making videos for 9 years, starting with Lego stop-motion, then moving on to video and VFX when he was in high school in suburban Atlanta. Some of his early videos won awards at local film festivals and one, titled Take It, won a National PTA Reflections award.

Now going into his junior year at GSU, Bass had also recently worked as a motion designer and editor at GCPSTV but he says he left that role because he “gotten to the point that even small TikTok promos were paying more than the station did so I decided to lean into making fun edits on TikTok.”

Though his undoubted video skills have grabbed attention, he tells THR that filmmaking is a means to an end. “The funny thing is that performing has always truly been my focus. Most of the stuff I’ve learned over the years about filmmaking has been so that I could perform in pretty much any way I could imagine. I always wanted to be a superhero, play a superhero, and so I learned VFX and did it myself.”

He added: “As a kid, I couldn’t sit and wait to grow up or wait to have a friend make it for me. I felt like the only accurate way to portray what I was dreaming up was to actually do it myself.”

So far Bass has done it all himself, but with all the millions of views, retweets and signal boosting from Hollywood heavyweights as well as the attention of a certain Bob Iger, help, if he needs it, won’t be far away.