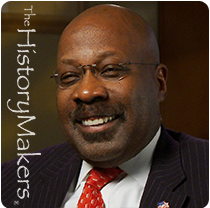 RUNNING HIS OWN RACE

Bernard Beal remembers the advice his high school track coach gave him: Run your own race and don’t look back. Since 1988 when he founded M.R. Beal & Co., ranked No. 3 on the 1992 BE INVESTMENT BANK UST, he’s done that.

The New York City-based investment bank has been carving a niche in housing, education and municipal financing. During the past several years, the Carleton College and Stanford University School of Business graduate’s firm has senior-managed an increasing number of deals in these areas. These include placing 80% of a $133 million financing for the District of Columbia Housing Finance Agency; marketing $85 million worth of City of Chicago general obligation equipment tender notes; and $60 million for the City of Detroit public school system.

Beefing up select areas is part of a broader, deliberate game plan at M.R. Beal, where most of the business is geared toward institutions. “The way we are expanding is a fairly slow process. We have hired investment bankers to increase our private placement business. We are hiring more trading professionals who are experienced in the secondary and new-issues market,” Beal says,

The short-term plan is to manage equity offerings within three years. The long-term plan is to be able to provide a resource for small and medium-sized businesses’ access to capital markets.

Through June 1992, M.R. Beal was involved in several private placements including one equity deal for a minority-owned company.

Beal admits he was surprised by the intensity of competition when he went solo and by the need to reestablish his identity as an investment banker. He says, “I had no idea how tough this business would be [on the entrepreneurial side]. I assumed that clients I had known would continue to let me do deals as I had done. But when you are in a smaller boat, those waves do rock you.”

With his business nearly doubling each year, Beal is more than surviving. In fact, he appears to have learned the secret of Wall Street: Doing business there is more of a marathon than a sprint.