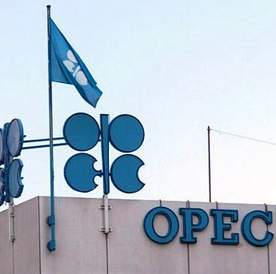 For the first time in under a year, the international price of crude oil hit over $36 per barrel recently, representing about 57 percent increase above the $23 a barrel official selling price adopted for Nigeria’s oil for the 2004 budget now under consideration by our National Assembly.

That should be good news for an oil-producing country such as Nigeria.

But should Nigeria be in favor of ever-rising oil prices? As a related question, should Nigeria continue to be a signatory to the 11-member oil cartel OPEC (Organization of Petroleum Exporting Countries http://www.opec.org/ ) or not? Would we in the short run or ultimately lose or gain from such a dramatic move as leaving OPEC?

These are serious questions ALWAYS begging for answers periodically. Nigeria being both a major consumer and a major mono-cultural producer nation of oil, as well as a member of OPEC, makes the situation fairly COMPLEX , thereby not lending itself to easy, facile analysis. Just as a human life not examined is not worth living, if Nigeria’s situation and membership of various international bodies are not periodically examined to see whether they continue to serve our national interest or not, that would amount to an undermining of our very national sovereignty.

A LITTLE BIT OF HISTORY

Maybe Ecuador (with a current 2004 production rate of about 420,000 barrels of crude per day) and Gabon (roughly 300,000 barrels per day), admittedly small players in the big oil field, knew something that Nigeria did not know?

NIGERIA’S MEMBERSHIP OF OPEC – FAIR DEAL OR NOT?

Let us first deal with our membership of OPEC, and the relationship of quotas to the POPULATION and OIL RESERVES of the various countries.

If we were to do a correlation (or factor) analysis among all the OPEC countries with QUOTA as dependent variable and current POPULATION and OIL RESERVES independent factors, we will find that the current quotas of Nigeria and those of the other OPEC countries need considerable tweaking. Although these quotas are technically “voluntary” and arrived at reportedly “by consensus”, with the OPEC members reserving the right to their sovereignties, “peer pressure” seems to make them to work hard to stick within these quotas, and “feel guilty” when they are breached (as often they are, but generally within a 10-20% over-quota.)

If, as it seems to be, keeping the international price of crude oil as “up” as possible as well as a stable supply of the commodity are the most important issues for OPEC, then that depends mostly on the TOTAL PRODUCTION of oil put out by that group.

Certainly, a more EQUITABLE re-distribution (while keeping the total output quota fixed) based on some rational metrics can be done AMONG the nations without dis-equilibrating the international oil market. The new quotas would be subject to the ability of countries to produce their assigned amounts. If they cannot, then they can assign their own QUOTAS to other OPEC (and even non-OPEC) nations as they see fit until they can redeem those quotas.

There would also be a time limit: the agreed re-negotiated quotas would be in effect for 5 years at a time, and would not be adjusted up or down by more than (say) 10% at any given time.

Finally, there is another issue not much talked about with respect to OPEC: the existence of another parallel 10-nation organization called OAPEC (Organization of Arab Petroleum Exporting Countries. http://www.oapecorg.org/ ). Formed by Kuwait, Libya and Saudi Arabia on January 9, 1968, it now also has seven more members: Algeria (1970), Bahrain (1970), Qatar (1970), United Arab Emirates (1970), Iraq (1972), Syria (1972), and Egypt (1973). Tunisia joined in 1982 but pulled out in 1986. So eight of the eleven members of OPEC are also members of OAPEC, and one wonders whether the agenda of the Vienna/Austria-based OPEC is actually set or not in the Safat/Kuwait-based OAPEC.

In any case, let us take a look at Figure 1 showing price trends mapped against some major events in the Middle East and the world. The first decade plus of OPEC (1960-1973) actually saw a consistent fall in the real (inflation-adjusted) price of oil. Then, an upsurge in oil prices followed the Yom Kippur War which started October 5, 1973 and triggered an Arab/OPEC oil boycott/threat of drastic reduction by 5% per month in oil production (but not inventory) “until Israel withdrew from occupied territory”. The embargo against the US and Netherlands itself began 16 October, 1973 and ended 18 March 1974, but the cutbacks ended in November 1973 (no cutback in December following Saudi Arabia’s reneging) for a total of about 340 billion barrels. Next, we had the 1979 Iranian Revolution (started January/February 1979), the Iran-Iraq war (22 September 1980 – 20 August 1988), the Gulf War (16 January – 28 February 1991), 9/11 (September 11, 2001 demolition of New York World Trade Center twin towers, and attack on the Pentagon by Al-Qaeda operatives)].

Figure 1 and Nigeria’s own oil production and net export patterns [Figures 2 and 3 respectively] show that the application of the laws of supply and demand brought about by regional crises have dictated the cost of crude oil more than any concerted effort by OPEC (except in 1973). Not shown is the effect of the continuing US invasion of Iraq that began 19 March 2003, further disrupting oil shipments from Iraq. Even the most recent jump to over $36 per barrel was a result of a serious explosion at a refinery in Skikda, Algeria on January 19, 2004, killing at least 20 people.

Whatever be the case, I believe that Nigeria should be in the forefront of demanding a more imaginative re-negotiation of OPEC terms – or else it re-consider its membership. This is an opportunity that we should have seized when Nigeria own Alhaji Dr. Rilwanu Lukman (and until recently President Obasanjo’s Special Advisor on Petroleum) was Secretary-General of OPEC from January 1, 1995 until December 3, 2000.

I am for membership of OPEC. In fact I am for any solidarity agreement among so-called “Third World” or developing countries as a counterfoil to the reflexively exploitative tendencies of Western powers – but not at any price. OPEC’s present price band mechanism which stipulates that a 10-consecutive-trading-days sustenance of oil basket price above $28 per barrel will trigger a 500,000 barrels per day increase in OPEC total quota, and a reduction by 500,000 barrels per day (0.5 million barrels) if the basket price falls below $22 for 10 days is rather anemic. At a total baseline quota of 24.5 million barrels per day, that is an adjustment of 2% for 11 countries – or an average of 0.18% per country. For Nigeria, that would translate to an adjustment of about 3,600 barrels of crude per day – far less than what is lost by official and unofficial “leakage” every day in the Niger-Delta!

All nations require energy (for heating and cooling, transportation, running of machinery etc.) and refined/petrochemical products (refined products such as kerosene, gasoline, diesel, liquefied petroleum gas (LPG), naphtha, gas-oil, fuel oil and asphalt – see Figure 4; petrochemicals such as plastics, fertilizers, synthetic fibers and rubbers, detergents, etc.). Crude oil is an essential input raw material for both needs, with natural gas as alternative or supplementary. Nigeria is blessed with both, and is in fact considered a gas province with an oil rim: reserves of about 31.5 billion barrels for crude and 124 Trillion cubic feet (Tcf) for natural gas. [In energy terms, one barrel of oil is roughly equal to 6,000 cubic feet of natural gas; or 1 billion barrels of oil is roughly 6 Tcf of natural gas; more like 5.66 – 5.75 actually, depending on the heating value of the gas].

With respect to being both a producer nation (of a raw material: crude oil) and a consumer nation (of refined products), we in Nigeria have ONLY OURSELVES to blame for problems associated with that. Unfortunately, not only have we been flaring our gas all of these years (current government policy agreed with the oil companies operating in Nigeria is to reduce this to zero by 2008), but our refineries have not been working as they should due to technical incompetence, sabotage or both, neither have we devoted enough resources to the large-scale development of our petrochemical industry. Furthermore, internally-deployed crude oil is ALSO counted as part of OPEC quota, as OPEC limits not just the quantity of crude oil that each country offers on the international market, but the total production rate by each country. That unwelcome situation was compounded further recently when condensates (such as Nigeria’s Oso condensate) began to be considered as part of the total quota.

Nigeria should work hard to change these two particular stipulations within OPEC.

Only Indonesia has a refining capacity that comes close to its production rate (94%), followed by Algeria (63%) and Kuwait (51.5%). Nigeria’s figure? 24.7% at refining capacity – or more realistically more like 10% since we are hardly more than 40% operational with respect to refining.

It is simple logic to understand that no matter the international price of our own crude oil, provided we depend to a large extent on imported refined oil, we will continue to pay a higher price for that than if the needed crude had been refined within our country. In fact, according to figures by OPEC released on its website, in absolving itself of being responsible for high cost of refined products, it stated that between the years 1996 and 2000, the OPEC countries received $850 million revenue from sale of crude, cost of finding, producing and transporting the oil not included. On the other hand, the G7 countries (USA, UK, Canada, France, Germany, Italy and Japan) received $1.3 trillion outright from oil taxation. OPEC’s Secretary-Generals have stated repeatedly over the years that high gasoline prices are due to taxation by Western countries and speculation by their markets.

The current situation of percentage accrual back to OPEC countries is at least better than in the 1960s, when the price of oil was about $1 – 3 per barrel, the netback value from this barrel in the final consumer market was roughly $30, which was shared in the order: major oil companies (42%), governments of importing countries through profits and direct taxation (52%); and producer countries received just 6% in the form of royalties.

The solution to the price spiral for refined products for Nigeria is simple. Nigeria has enough crude oil to serve our refined products needs. Therefore we should not only get those refineries that we have to work by hook or by crook, but also streamline and speed up the licensing process for those possible eighteen new private ones (four belonging to companies floated by Rivers, Akwa-Ibom, Ondo and Lagos states are reportedly in an advanced state) that might wish to join the refining fray: no “ands, ifs or buts.” That is the true deregulation, as different from the hackneyed mantra of privatization that we read from government in which investors are literally being begged to kindly buy the refineries off government hands.