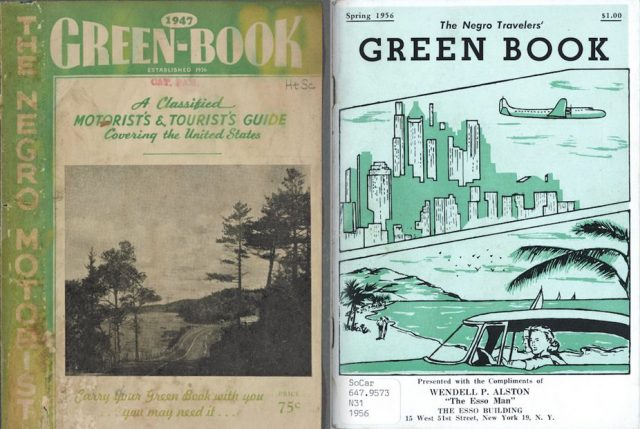 The writer: Nadine White
Date first published: 21 April 2019
Londoner David Parkinson was on holiday in Sweden in February, waiting for a train to his hotel, when a woman appeared “from nowhere” and pushed him and his luggage so hard that he almost fell down.
“I thought it was a mistake until she turned back and looked at me then muttered something in Swedish,” he said.
“I was so furious. As security guards and people where present at the scene, I thought someone would say something but everyone just looked away.”

When he eventually boarded the train, Parkinson asked some other passengers for directions to his stop, but they seemed to ignore him – and some moved seats away from him.

“It was then that I really began to notice the hostile attitudes toward me because I was black,” he said. “I thought ‘oh…what the woman did earlier wasn’t a mistake’.”

Later that evening, Parkinson ventured out for dinner – he was a tourist on his first trip to Sweden and he wanted to try some meatballs. He says he was repeatedly ignored by the three waiters who were serving and ended up buying a kebab from a Somali-run shop around the corner.

“I left the next day because the experience was that bad, there’s still huge racism in Europe.”

From the ‘no blacks, no dogs, no Irish’ signs in British pub windows of yesteryear to segregation in hotels in 1950s America, travelling has historically been an arduous, if not perilous, task for black people. But HuffPost UK has spoken to a number of black travellers who say incidences of racial discrimination, and even abuse and attacks, when they are on holiday are sadly not a thing of the past.
Between 1936 to 1966, The Negro Travelers’ Green Book was published by Victor Hugo Green on an annual basis as a guide for African-Americans struggling to travel safely in the era of Jim Crow laws.
In a country in which racial discrimination and attacks were the norm, it advised black travellers of places and services and which were friendly to them.
With the success of the civil rights movement, the book stopped being circulated in the 1960s.
But some people have called for a modern day Green Book to be produced advising black people how to travel safely and comfortably throughout Europe, after experiences of anti-black racial abuse against visitors to the region.
“No one takes responsibility when it comes to racism in Europe,” David Parkinson believes. “They all think it’s calm and if you don’t like it, go back to your country.”
Race-related violence, discriminatory police profiling, and bigotry in the search for jobs and housing are commonplace for many black people in Europe, the European Union’s agency for fundamental rights (FRA) said in a report in November 2018. They found “widespread and entrenched prejudice and exclusion” against people of African descent across the EU.
Sociologists Dr Michaela Benson and Chantelle Lewis, of Goldsmiths University, spoke to around 30 people for their research paper, ‘Brexit, British People of Colour in the EU-27 and everyday racism in Britain and Europe’. They found that everyday racism is a reality for many people of colour living in the region.
“Racists have always been there but Brexit seems to have brought out the really ugly side and made people feel more emboldened to actually come out with these really ugly views,” Ida, who lives in Italy, told the research.
The black women taking part in the research described racist incidents as “dehumanising”. One of them, Magalie, reflected on her successive experiences of racism in Belgium, starting with being stopped by the police as a 9-year-old while walking in her neighbourhood, and a gun being pointed in her face; fainting in a shop at the age of 14, coming round and realising that no one had tried to help, the shopkeeper not even offering help when she got to her feet unsteadily; and while she wanted to believe that Brussels has changed and “if my son banged his elbow and passed out people wouldn’t walk past him on the street”, she also recalled a recent experience where the young son of her Ugandan friend threw up in a café elsewhere in Belgium, and the café workers just slid a bucket and rag to her and said “clean it up”.
British citizen Leon Koffi migrated to the UK from the Ivory Coast in 1994. In May 2018 he temporarily moved to Bulgaria for work.
He had been living there for five months when, in late September, he was viciously beaten while walking with two friends in the capital, Sofia. In the lead up to the incident, he says he had to contend with cold stares from local residents and workplace discrimination – still nothing could prepare him for what was about to happen.
Koffi knew nothing about Bulgarian football, less still about the Neo-Nazi hardcore fans of the city’s two main football clubs – Levski Sofia and CSKA – and their tradition of embarking upon post-match marches.
The 49-year-old remembers seeing around 50 men running towards him. He was repeatedly kicked until he lost consciousness on the cold concrete pavement. Before eventually passing out, the last sound he heard were the assailants making monkey noises, mocking him.

Witter says she didn’t feel confident about reporting the incident to the authorities or police; her main priority was quickly returning to the UK. She says she was influenced by what she knows about the political situation in Hungary since the ascension of the far-right prime minister Viktor Orban to power, and the growth in far right activity across the country.
“I am quite glad that I didn’t call the police while I was out there because I am honestly concerned about the attitude towards people of colour and I don’t feel like I could have confidently put my faith in the police to take appropriate action or to have been on side in that instance,” she said.
“This is not something I’ve ever experienced before. I think I am quite lucky to be in diverse London – it’s not perfect but it’s definitely not anything near to what I experienced in Budapest.
“A few people have said that I relied on my privilege, thinking I am able to travel anywhere and be safe wherever, when Europe does not afford that comfort.”
“I do wonder whether people who carry out these attacks in Europe have an attitude where they think they’re untouchable. That guy’s attitude was ‘you’re on my land and in my country; you’re inferior and I’m going make you know that’”, she said.

Witter hasn’t been able to shake off the trauma of what happened in Budapest.
“Closing my eyes, I kept replaying it back in my mind again and again. Even now, I have not really gone out socialising with my friends, though I am back at work going about my day-to-day business.
“I’m 21 and I love to travel. I am working hard, saving and I want to see the world. But this incident has definitely made me think twice about where I go.
“I absolutely should be able to travel when and where I like without being physically assaulted. But, unfortunately, it isn’t the case. I’ve put a halt on any travel plans for this year, at least.”
A Foreign and Commonwealth Office spokesperson told HuffPost UK: “The UK is committed to promoting human rights, fundamental freedoms, tolerance and respect across the world.  We work closely with our international partners to uphold these values and do not shy away from raising legitimate concerns in these areas.”