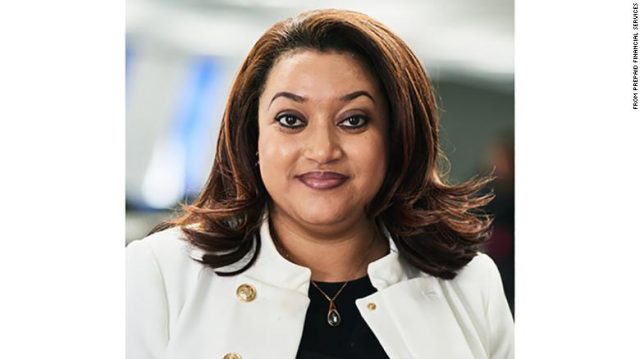 Fintech entrepreneur Valerie Moran is the sole black woman in the top 1,000 people of the The Sunday Times’ annual Rich List, which ranks Britain’s super-wealthy.

Moran, who was born in Zimbabwe, is jointly worth an estimated £122 million ($158.6 million) alongside her husband, Noel, ranking them as the joint 970th richest people in Britain.
The couple hold an 81.5% stake in their fintech organization, Prepaid Financial Services, which specializes in financial technology. Moran herself holds a 16.3% share of the company.
Moran currently acts as head of client relations and operations. She was previously the organization’s implementation project manager and its first official employee when it was founded in 2008.
She told the interview platform, IdeaMensch, in 2018 that her typical working day lasts for up to 15 hours from 9 a.m. until midnight.
She also named communication as one of her finest qualities as an entrepreneur. “I never stop listening, learning, and taking on board feedback and comments from my staff and employees,” she said.
Kirsten Rausing, who is a member of the family behind the Tetra Pak drinks carton empire, was named as the richest overall woman in the UK.
She appears alongside her brother, John Rausing, in sixth position, with a combined estimated wealth of £12.256 billion ($15.93 billion).
Charlene de Carvalho-Heineken and her husband Michel de Carvalho are ranked in seventh position, with an estimated net worth of £12 billion ($15.60 billion).
Their wealth derives largely from the Dutch brewing giant, Heineken. Their stake in the company is worth £10.97 billion ($14.26 billion), which is estimated to have yielded £88.7 million ($115 million) of dividends in 2018.