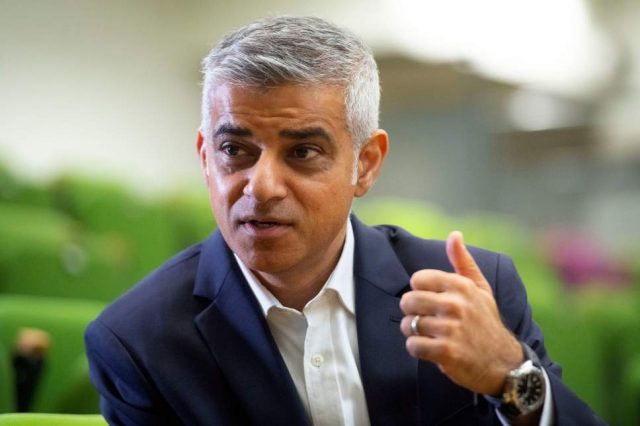 The Writer: Sophia Sleigh
Date first published: 15 January 2019
Black and ethnic minority staff working in parts of Sadiq Khan’s mayoral empire earn 24 per cent less than their white colleagues – with the gap widening at both Transport for London and the police and crime office.
An annual audit of organisations under Greater London Authorityoversight found the gap had increased year-on-year at TfL and the Mayor’s Office for Policing and Crime.
The gap reduced at four organisations, including GLA staff working in City Hall, at the Met police and at the London Legacy Development Corporation (LLDC) – the quango that oversees the Queen Elizabeth Olympic Park.
However, the LLDC reported an “ethnicity pay gap” of 24 per cent. This was down from 30 per cent in 2017 but meant that white employees earned £29.05 per hour last year while Black and minority ethnic (BAME) staff earned £22.09.
BAME staff at the Mayor’s Office for Policing and Crime, which oversees the Met, are paid on average £27.53 an hour, compared with white colleagues on £24.70.
The pay gap at MOPAC has grown from 3.5 per cent to 10.3 per cent over the last 12 months.
The gap has also increased by almost one percentage point at TfL with white members of staff paid 10 per cent more than BAME colleagues.
This is the second annual ethnicity pay gap report which was launched by Mr Khan with the aim of “levelling the playing field” for staff.
Shaun Bailey, Tory candidate for Mayor and London Assembly member, said: “The growing ethnicity pay gap in policing and transport – areas where London is really struggling – means Khan’s approach of increasing the pay of the already highly-priced advisers who have delivered the shoddy status quo is the wrong one.”
Co-leader of the Green Party and London Assembly member Sian Berry said: “The BAME pay gap should be zero. Any disparity is a sign something is wrong and that systems are discriminating.”
City Hall said the pay gap is caused by the lack of BAME staff in senior roles, not because they are paid less for doing the same job.

Mr Khan is now calling on the government to force smaller companies to publish ethnicity pay data. City Hall has also devised a programme to drive down inequality.
Under current government proposals, companies with more than 249 staff would be compelled to publish their ethnicity pay gap data – but this only represents less than one per cent of UK employers.
Mr Khan said: “The colour of your skin should have no bearing on what you can achieve. We’ve made progress at City Hall and across the group but this data clearly shows there is more work to be done.”
Source: standard.co.uk

China has More African Students than the UK and America