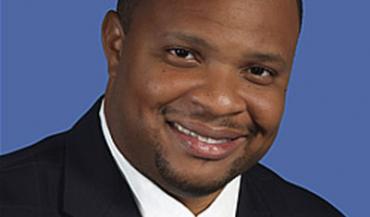 BRIDGETOWN, Barbados, Tuesday March 19, 2013 – The Barbados government says it intends to invest BDS$600 million (One BDS dollar = US$0.50 cents) as part of a new stimulus to improve the local eceonomy and create at least 1,000 new jobs.

“Together when the BDS$355 million taken from this new stimulus package and the BDS$300 million from traditional estimates, we anticipate an injection of BDS$600 million in capital works spending.

“This new stimulus to the Barbados economy will forge additional economic activity and contribute to the reinvigoration of the construction sector, creating new jobs and growing the Barbados economy,” Finance and Economic Minister Chris Sinckler told Parliament as it debated the Estimates of Revenue and Expenditure for the financial year 2013 to 2014.

Sinckler told legislators that Monday that work is ready to begin on phase one of the new cruise pier at the Bridgetown Port with full financing by July and providing for another $70 million in civil works over the next 12 months.

The recently re-elected minister said that work on the Pier Head Marina will begin later this year with financing now being finalised resulting in BDS$60 million in additional work in the Barbados economy for the first nine months of the project schedule.

“Grantley Adams International Airport (GAIA) and the Ministry of International Transport are expected to conclude negotiations with developers and investors for an injection of an additional BDS$20 million to institute the construction of a new cargo shed at the GAIA.

“The Ministry of Transport and Works will be given instructions to forge ahead with the negotiations of a special stimulus road works package starting at DBS$80 million with the major road builders to carry out much needed work in some parishes, which will start this late summer.”

Sinckler said that the ministry will soon sign off on the lease for the work at Bushy Park where the Barbados Motoring Federation is involved in laying down a new track. The project which will also start this year will see a further BDS$10 million injected into the economy.

““This is the type of stimulus we know that it is sustainable it creates more jobs and economic activity and ensure that business in Barbados flourish. Our hope is that these projects will create in access of one thousand new jobs from this work during the construction phase and also other spin-offs,” Sinckler told legislators.