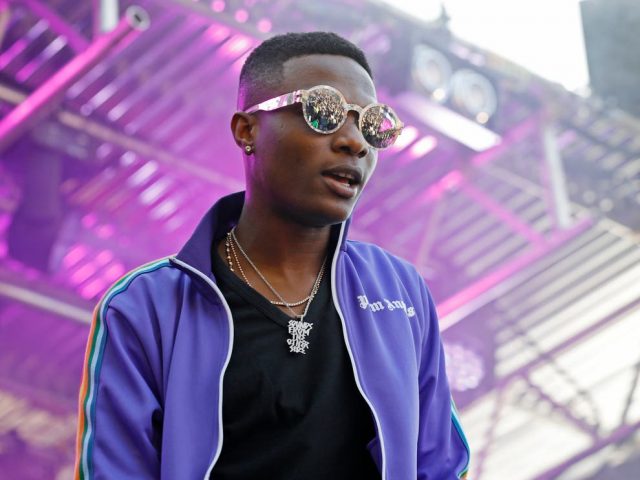 Wizkid’s show at the O2 Arena in London has sold out in just 12 minutes, leaving fans scrambling to try and find leftover tickets.

The Grammy Award-winning artist is scheduled to perform on 28 November as part of the O2’s Welcome Back lineup, with other acts such as Burna Boy and comedian Mo Gilligan also announced.

Fans who weren’t able to get tickets took their frustration to Twitter, with one even saying she was “crying” after being unable to purchase one.

Another joked: “I’m guessing Wizkid only released 12 tickets for the disciples.”

The Afrobeats star also celebrated the overwhelming demand, tweeting: “Sold out the 02 Arena in 12 minutes. London! I love you.”

But most fans took not being able to get tickets for the 20,000 – capacity venue in good humour: “Guys they only option is to buy Burna Boy O2 tickets and hide under the seat until Wizkid’s show. May the odds be in your favour.”

Ayodeji Ibrahim Balogun, known professionally as Wizkid was born in 1990. He was a well renowned Nigerian singer and songwriter and is now an international superstar. The recipient of several international music nominations and awards, he began recording music at the age of 11 and managed to release a collaborative album with the Glorious Five, a group he and a couple of his church friends formed. Wizkid signed a record deal with Empire Mates Entertainment (E.M.E) in 2009.

He rose to limelight, after releasing “Holla at Your Boy”, the lead single from his debut studio album, Superstar (2011). “Tease Me/Bad Guys”, “Don’t Dull”, “Love My Baby”, “Pakurumo”, and “Oluwa Lo Ni” were also released as singles from the Superstar album. Ayo, his self-titled second studio album, was released in September 2014. It was supported by six singles: “Jaiye Jaiye”, “On Top Your Matter”, “One Question”, “Joy”, “Bombay”, and “Show You the Money”. Wizkid left E.M.E after his contract expired.

In 2016, Wizkid achieved international recognition following his collaboration with Drake on the hit single “One Dance”, which reached number one in 15 countries, including the US Billboard Hot 100, the UK, Canada and Australia. He signed a multi-album deal with RCA Records in March 2017.

His third studio album, Sounds from the Other Side, was released in July 2017. It serves as his major label debut and was primarily a Caribbean-influenced record. SFTOS was supported by five singles: “Daddy Yo”, “Sweet Love”, “Come Closer” featuring Drake, “African Bad Gyal” and “Naughty Ride”. Wizkid became the first Afrobeats artist to appear in the 2018 Guinness World Records for his contribution to “One Dance”.

In 2019, he was featured on Beyoncé’s project The Lion King: The Gift on the collaboration “Brown Skin Girl”, which won him a Grammy Award for Best Music Video. His fourth album, Made in Lagos, was released in October 2020, to wide commercial success and acclaim. The album includes the single “Essence”, which became the first Nigerian song to chart on the Billboard Hot 100.

By February 2021, Wizkid was the most-streamed Nigerian artist of all time on Spotify, with over 3.4 billion streams across all credits.

On the 13th of August 2021, he released the remix of his Essence where he featured the Canadian singer Justin Bieber.