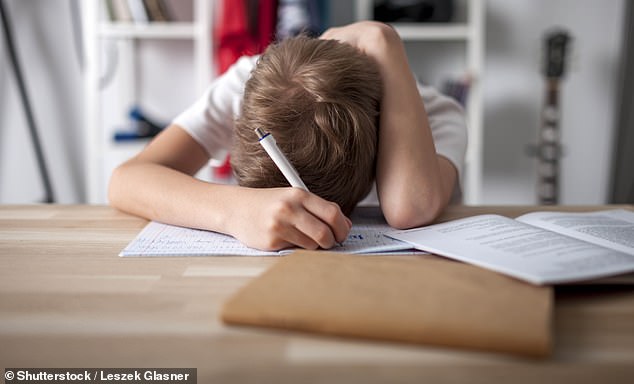 Working class white boys struggling at school should get the same treatment as traveller’s children, it was claimed last night.

Some white boys are so far behind their peers in their studies that the Equalities and Human Rights Commission say they should be treated similarly to traveller and disabled children at school.

They are urging the government to bring in regulations so white working class boys can get the help they need if they are behind.

‘Attainment is an issue particularly for white boys on free school meals or from disadvantaged backgrounds, whereas exclusion rates are higher for Gipsy, Roma, traveller boys and black boys,’ a spokesman for the commission told The Daily Telegraph.

At the start of school white boys on free school meals are 13 points behind disadvantaged black pupils in key literacy skills, according to official figures.

The gap remains at GCSE – with the average score for eight GCSEs stands at 29.5 for white boys and 40.5 for disadvantaged Asian boys.

The commission are calling for white boys to receive the same provision as traveller children who can qualify for extra teaching support as well as providing teachers with training on how to deal with social differences.

Becky Francis, director of University College London’s Institute of Education, told The Daily Telegraph that social inequality had a bigger influence than gender on exam results.

She added: ‘There’s reasonably good evidence that challenging gender stereotypes in the home and school is actually effective and is the best strategy for narrowing gaps.’