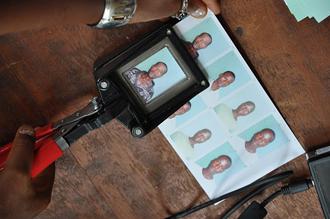 Over the last two decades, as a result of intense national and regional efforts to institutionalize democracy in Africa, the continent has seen a virtual sea of change in governance, creating opportunities for citizens’ engagement in public affairs, increasing government accountability, and improving macro-economic policy-making.

Between 2010 and 2011, African countries conducted a record of 40 elections, resulting in a number of successful transitions in countries like newly-independent South Sudan, Niger and Zambia. In addition, the proportion of women in African parliaments is higher than it has ever been.

Nevertheless, the region remains prone to episodes of political instability and conflict, as epitomized by the recent post-election stalemate in Côte d’Ivoire. In addition, the region must provide a voice to booming numbers of young people who aspire to play a more active role in shaping their countries’ future.

UNDP’S MISSION AND WORK ON THE GROUND

UNDP bolsters the capacity of African States to facilitate development, while ensuring citizens and communities are an integral part of this process.

UNDP aims to expand people’s opportunity to participate in decision-making processes, particularly women, youths, marginalized groups and the poor. For instance, UNDP helped to organize 19 largely peaceful elections in 2011, lobbied for the instigation of quotas in African parliaments and supported political parties and constitutional reform processes.

In addition, we help to build responsive and accountable institutions, providing technical assistance to 28 parliaments, helping to improve the way public administrations work and facilitating the adoption of results-based budgets.

UNDP also promotes the integration of international and regional norms and principles of governance, including anti-corruption, human rights, women’s empowerment and equal opportunity for all. Meanwhile, we also help countries to transform these norms into reality. For instance, in Eastern and Southern Africa alone, UNDP supports eleven national human rights institutions.

Drake Maths: Why he's the most streamed artist in the world on Spotify