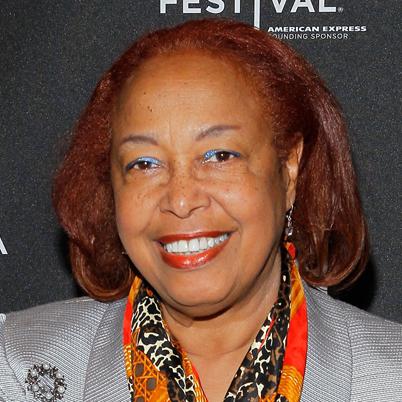 Born in New York City on November 4, 1942, Patricia Bath became the first African American to complete a residency in ophthalmology in 1973. Two years later, she became the first female faculty member in the Department of Ophthalmology at UCLA’s Jules Stein Eye Institute. In 1976, Bath co-founded the American Institute for the Prevention of Blindness, which established that “eyesight is a basic human right.” In 1986, Bath invented the Laserphaco Probe, improving treatment for cataract patients. She patented the device in 1988, becoming the first African-American female doctor to receive a medical patent.

Patricia Era Bath was born on November 4, 1942, in Harlem, New York, to Rupert Bath, the first black motorman for the New York City subway system, and Gladys Bath, a housewife and domestic worker who used her salary to save money for her children’s education. Bath was encouraged by her family to pursue academic interests. Her father, a former Merchant Marine and an occasional newspaper columnist, taught Bath about the wonders of travel and the value of exploring new cultures. Her mother piqued the young girl’s interest in science by buying her a chemistry set.
As a result, Bath worked hard on her intellectual pursuits and, at the age of 16, became one of only a few students to attend a cancer research workshop sponsored by the National Science Foundation. The program head, Dr. Robert Bernard, was so impressed with Bath’s discoveries during the project that he incorporated her findings in a scientific paper he presented at a conference. The publicity surrounding her discoveries earned Bath the Mademoisellemagazine’s Merit Award in 1960.
After graduating from high school in only two years, Bath headed to Hunter College, where she earned a bachelor’s degree in 1964. She then attended Howard University to pursue a medical degree. Bath graduated with honors from Howard in 1968, and accepted an internship at Harlem Hospital shortly afterward. The following year, she also began pursuing a fellowship in ophthalmology at Columbia University. Through her studies there, she discovered that African Americans were twice as likely to suffer from blindness than other patients to which she attended, and eight times more likely to develop glaucoma. Her research led to her development of a community ophthalmology system, which increased the amount of eye care given to those who were unable to afford treatment.

In 1973, Patricia Bath became the first African American to complete a residency in ophthalmology. She moved to California the following year to work as an assistant professor of surgery at both Charles R. Drew University and the University of California, Los Angeles. In 1975, she became the first female faculty member in the Department of Ophthalmology at UCLA’s Jules Stein Eye Institute.
In 1976, Bath co-founded the American Institute for the Prevention of Blindness, which established that “eyesight is a basic human right.” By 1983, Bath had helped create the Ophthalmology Residency Training program at UCLA-Drew, which she also chaired—becoming, in addition to her other “firsts,” the first woman in the nation to hold such a position.

In 1981, Bath began working on her most well-known invention: the Laserphaco Probe (1986). Harnessing laser technology, the device created a less painful and more precise treatment of cataracts. She received a patent for the device in 1988, becoming the first African-American female doctor to receive a patent for a medical purpose. (She also holds patents in Japan, Canada and Europe.) With her Laserphaco Probe,
Bath was able to help restore the sight of individuals who had been blind for more than 30 years.
In 1993, Bath retired from her position at the UCLA Medical Center and became an honorary member of its medical staff. That same year, she was named a “Howard University Pioneer in Academic Medicine.”
Among her many roles in the medical field, Bath is a strong advocate of telemedicine, which uses technology to provide medical services in remote areas.