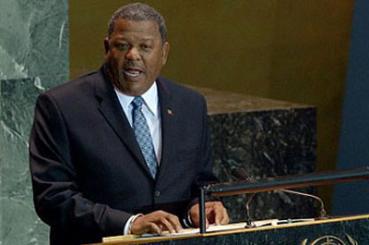 ST. JOHN’S, Antigua, Thursday January 3, 2013 – The Antigua and Barbuda government says it is designing a project that offers temporary economic relief to unemployed people in the country.

Prime Minister Baldwin Spencer said that the three year project, which is being established with technical and financial assistance from the World Bank, will benefit at least 1,200 low-income unemployed people between the ages 17 and 50.

“The programme has two complementary components – a training component and a temporary employment component. It will include activities that enhance their skills through vocational and life-skills training and provide an allowance as a form of income support.”

Spencer said the overall objective of these interventions is to increase employment and incomes, remove people from hardship and at the same time helping them to maintain a dignified life.

“The temporary employment will provide income support to the less experienced low-income unemployed through a temporary job plus a life-skills training module,” he said, noting that beneficiaries will be identified and selected by the Labour Department in the Ministry of National Security and through the One Stop Job Centre.

“This intervention must not only be viewed as an element of crisis response and recovery but rather one which is fundamental to our economic and social development transformation strategies designed to strengthen resilience to secure growth and sustainability,” Prime Minister Spencer said.

He said that the global crisis has shown that social protection policies are a critical element of national economic and social policies at all stages of development.

“The government is therefore satisfied that this programme is consistent with the Social Protection Floor Initiative promoted by the UN agencies, IMF (International Monetary Fund), the World Bank and several other development partners in the wake of the global crisis.

“The Initiative requires governments to put the people first in economic policies, crisis management and in the development policy agenda,” he added.

Prime Minister Spencer said the government pledges to adhere to the principles of the initiative by providing societal insurance against perpetuating poverty and will continue to design tools to mitigate and overcome the effects of the economic crisis as well as to strengthen economic resilience.

“We recognise the severe impact the economic crisis on families, individuals and communities, and we are determined to protect them from the consequences of this deep recession by delivering on our promise to maintain social programmes and reduce poverty,” Prime Minister Spencer said.

A Breath of Fresh Prince : How it Started and Benny...