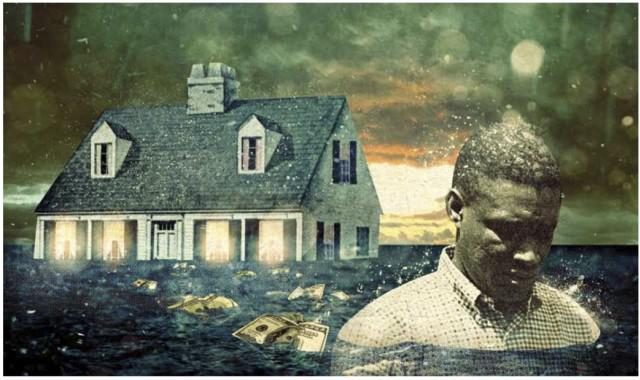 When Joe Parker was a young, newly married public-school administrator who wanted to buy a home in 1974, he didn’t even think about leaving Prince George’s County, Maryland. It was where he and his parents had grown up. But when Parker first tried to bid on a house in a new development in Mitchellville, a small farming community that was sprouting ranch and split-level homes on old plantation lands, the real-estate agent demurred, claiming there were other buyers. In truth, the development had been built to lure white, middle-class families to the county, which sits just east of Washington, D.C. Parker never told the agent that he served on a new county commission to enforce laws forbidding housing discrimination. He just persisted, he says, until he and his wife were able to bid. “My wife kept saying, ‘Why don’t you tell him?’” Parker recalls, but he refused to pull rank. “I said no, because what does the next black man do?”

The next black families did arrive. Throughout the 1980s, 1990s, and 2000s, most of the professionals who bought homes in Prince George’s County came from Washington’s black middle class. Laws that expanded minority homeownership, combined with a booming mortgage market, brought more and more black residents out to the suburbs. When Parker bought his home in the ’70s, African Americans made up about 14 percent of the population in Prince George’s County; by 2010, the share of black families would be almost 65 percent. Across the country, in the final decades of the 20th century, minorities were moving into suburbs in unprecedented numbers. But Prince George’s County was distinct: It was one of the few places—like Southfield, Michigan, outside of Detroit; Warrensville Heights, Ohio, outside of Cleveland; and DeKalb County, Georgia, outside of Atlanta—that grew wealthier as it became blacker. Median income in Prince George’s outpaced the national median from the 1970 census forward.
Prince George’s County today is a collection of cities, small towns, and bedroom communities with a population of about 870,000. Home-improvement stores and shopping centers pepper broad boulevards; McMansion-filled subdivisions end in cul-de-sacs. With a median income of $71,260, it’s wealthier than the state as a whole. There are Outback Steakhouses and Whole Foods markets. There are fall festivals, international festivals, and food festivals. There are pumpkin patches and Christmas-tree farms. Bowie, in the northern part of the county, is home to Bowie State University, a liberal-arts college that once trained black teachers as the Maryland Normal and Industrial School at Bowie. Joe Parker, now retired from the school system, serves as a neighborhood captain to welcome families into the development he bought into almost 40 years ago and is a neighborhood historian. His three sons still live in Prince George’s County. It’s home.
Prince George’s County became emblematic of a long-delayed advance toward equality: the growth of black wealth in America. For three centuries, structural racism had prevented black families from building wealth. School systems, hiring practices, red-lining, and discriminatory lending practices all combined to deny the opportunities that white Americans, whether immigrant or native born, saw as their birthright. In the South, especially, there were more direct means of holding back black economic advancement: Violence was often directed toward black men and women who owned businesses or farms and toward those who fought for their right to work for fair wages. But in the 1980s, helped by laws that encouraged homeownership among minorities, African American families were at last able not only to earn higher incomes but to buy homes and build wealth.
Just from 1995 to 2004, black homeownership rates nationwide rose 6.5 percentage points, reaching a height of 49 percent in 2005. But those gains were almost entirely erased as the Great Recession began in 2008, with black homeownership rates dipping to 45 percent last year and continuing to fall. Nowhere is that more dramatically illustrated than in the stretch of suburbia that straddles the Beltway. At the height of the crisis, in 2009, the foreclosure rate in Prince George’s County was 4.19 percent, compared to 1.87 percent in Maryland and 2.21 percent in the nation as a whole.
Even families who aren’t losing their homes have seen values drop, making it more difficult to get loans to finance their children’s education or their retirement. Mosi Harrington, the former executive director of the Housing Initiative Partnership, a Maryland nonprofit that helps people hold on to their homes, says declining home prices are particularly problematic for African Americans because they have inherited less than their white counterparts. “In your minority communities, wealth is not very deep,” she says. “There’s no family wealth to fall back on in hard times.” Most middle-class families hold all of their wealth in their homes, and that’s especially true for the median black family—the amount they hold in stocks is zero. That means the housing crisis has wiped out an entire generation of black wealth.
In general, African American families have few resources to tap for big-ticket items like college that are necessary for their children to remain middle-class. The gap between middle–class families and the top 1 percent is huge regardless of race, but the racial gaps are even larger. According to the Economic Policy Institute’s State of Working America report, black households had a median net wealth of just $4,900 in 2010, compared with $97,000 for white households. A third of black households had zero or negative wealth.
“There’s been a lot of attention brought to how much income inequality we’ve seen in this country, thanks to Occupy Wall Street,” says Heidi Shierholz, an economist with the Economic Policy Institute. “I think people kind of have a handle on the dramatic income inequality we have. But wealth inequality swamps anything we see in income equality.”
The story of Prince George’s County is, in many ways, the economic history of black Americans writ large. While its post–civil rights boom was a heartening sign of the slow but hopeful rise of a durable black middle class, its sharp downturn during the Great Recession is one more sign that the arc of history has yet to bend in the direction of economic equality or justice.

The Smartest Family in the UK