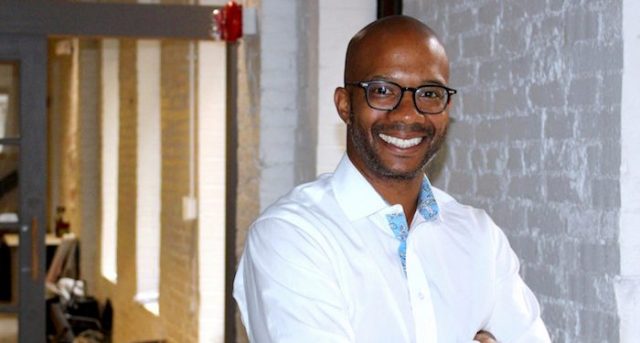 Pictured is Phil Bronner who has co-founded Ardent Venture Partners. He says ” I am actively investing in seed-stage software opportunities. My focus is on software investments that enable the transformation of work “

Two local venture capitalists created Ardent Venture Partners — and are now aiming to raise up to $100 million. I am actively investing in seed-stage software opportunities. My focus is on software investments that enable the transformation of work

The firm is spearheaded by General Partner Phil Bronner, who had made investments with his Summer League Ventures and as a former Novak Biddle Venture Partners general partner. The other, General Partner Phil Herget, is a founder and managing member of D.C. venture firm Avonlea Capital.

I first reported on their plans to launch their own venture firm in December 2019. At the time, Bronner said the effort was in its early stages. Now, the firm is aiming to raise up to $100 million, according to a Securities and Exchange Commission filing posted Friday.

The two have a combined 50 years of experience, more than 90 investments and 30 exists, as well as six public offerings, according to their website, and have generated more than $1 billion in returns over 20 years. Bronner declined to comment. It’s common for venture firms to not comment publicly on fundraises to avoid running afoul of SEC regulations.

The venture firm is straddling two shifts, Bronner and Herget detailed in their LinkedIn profiles. One is the massive shift caused by automation technologies such as AI, machine learning, data science and the digitization of business processes. The other is that the size of Series A investments have grown substantially, with round sizes increasing from $4 million to $15 million, creating a gap between seed rounds and Series A rounds.

“Firms that fund companies in this gap are establishing a new stage in venture capital called either Seed Plus or Early Series A. To invest at this stage requires a close relationship between the company and investor enabling the investor to provide support,” Bronner and Herget wrote in their LinkedIn profiles. “Ardent Venture Partners is a venture capital firm focused on the opportunity at the intersection of these significant trends.”

Herget has managed a number of companies throughout his career, many he connected with as a managin partner at Columbia Capital for 25 years. Some examples are Altiga Networks, which was later acquired by Cisco Systems; Riverbed Technologies, acquired by Aether Systems; and Fubiquity, acquired by Amdocs. He also served as Telular Corp.’s chief financial officer through its initial public offering.

Bronner has made a number of investments across his career, including education company 2U Inc. (NASDAQ: TWOU), which subsequently went public in 2014, as well as Solidfire, which was later acquired by NetApp for $870 million in cash; AddThis, acquired by Oracle Corp. (NYSE: ORCL) for $200 million; and Webs, acquired by VistaPrint for $117 million.

Bronner was also a founder of Quad Learning, which struggled to find its niche before ultimately selling to Wellspring Higher Education in 2018.