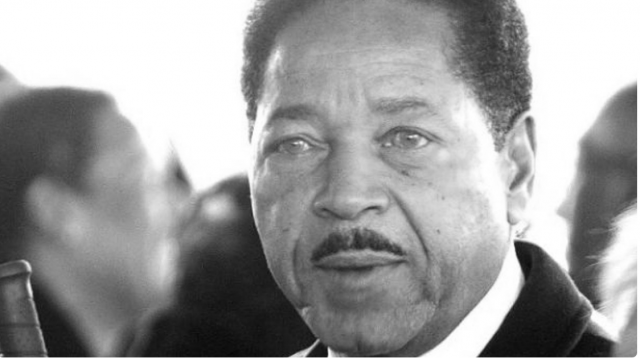 Casino games have always been something people around the world love to play and get involved with. Over time, this is a sector which has seen vast transformation in not only the number of people who play casino games but also how they play them.

While land-based casinos in hotspots like Macau or London are popular still, safe and reliable online casinos are fast catching up to them. Internet-based casino sites have become the way many people like to play classics such as roulette now for a variety of reasons. From sheer convenience to the range of games and awesome bonuses, online casino platforms have something unique to offer.

When it comes to the black community, online casinos offer a chance for the next wave of African-American entrepreneurs to break into a lucrative business sector. Any black entrepreneur who does this will surely take inspiration from a trailblazing figure around casino gaming from their own community – Don Barden. As the first African-American casino owner in Las Vegas, he is a legendary figure to look up too – especially if you plan to succeed in this industry as well.

Although he sadly died from lung cancer in 2011, the spirit and achievements of Don Barden live on. But who was he and how did he end up owning a casino in Las Vegas as an African-American?

Barden was born in Detroit, Michigan during December 1943. The ninth of thirteen children, he enjoyed a happy upbringing and learnt the value of hard work from his parents. In addition, Barden showed a natural talent for sports while at school. Although he did well enough to attend Central State University, he had to leave his course after the first year when he could not afford the fees.

Although this might have destroyed lesser men, Don Barden was made of stronger stuff. He used $500 of his savings to open a record store, which soon became a big success. This led him to open up not only his own record label but also a PR firm. Showing a real talent for business, Barden then moved into real estate where he made lots of money.

Always on the lookout for new opportunities, he used some of his new-found riches to open the Lorain County Times newspaper and try his hand in politics. Barden also dabbled in cable TV and helped lay cabling in black communities, as well as ensuring around 4% of cable TV franchises in Lorain were set aside for African-Americans.

As a savvy black entrepreneur, Barden was constantly looking for new avenues to explore. This saw him make the fateful decision to move into the gambling industry during the 1990s. He opened the Majestic Star casino in 1996, when Indiana made riverboat casinos legal within its borders.

After trying to open land-based casinos in his hometown of Detroit, Barden made his big move into Vegas during 2002. This saw him acquire three casinos from the bankrupt Fitzgerald’s group for $149m. While the two in Mississippi and Colorado were headline grabbing buys, it was the casino in Las Vegas which really made people take notice. This purchase saw Barden become the first black casino owner ever in Sin City.

It is no overstatement to say that the African-American business community lost someone special when Don Barden died in 2011. As well as the sadness of losing someone who did so much for black entrepreneurs, it was a shame he passed on just when gambling was moving into an exciting new online dimension.

Barden would surely have loved this change and been right at the forefront of internet casino play. With accolades such as ‘The Trumpet Award’ in 2004, it is clear to see the impact he had on business as a whole – certainly for black people.

Black history is filled with inspirational figures, such as activist Fred Hampton and entertainment guru Oprah Winfrey. Don Barden also deserves a place on this list and wasn’t just making history at the time when he became the first black person to own a casino in Las Vegas. He was also opening the door for black people in the future to do the same, and to excel in all areas of business. By showing that someone from the African-American community could do something like this, Barden acts as a real inspiration.

How can you add value to your home?