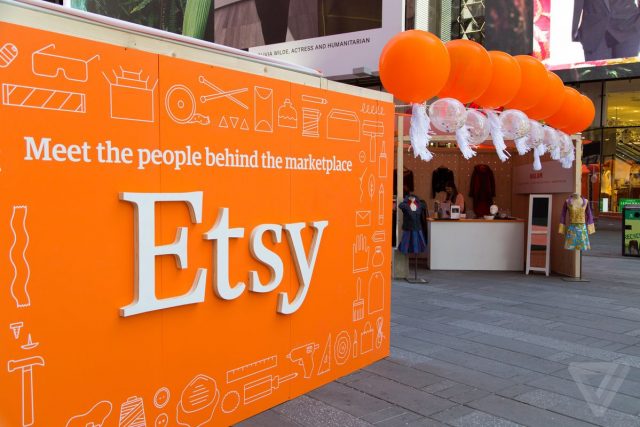 First published – 17th September 2020
Ben Stevens
Etsy has said that its customers are hungry to buy more items from “black-owned shops” as racial tensions continue to sweep the US.

Etsy’s chief executive Josh Silverman told “Bloomberg Equality” that the company has seen a “lot of demand from buyers who wanted to support black sellers”.

When questioned about the collection of black-owned shops which Etsy features prominently in its “editor’s pick” section, Silverman said this was a direct response to high levels of demand for their products.

“We had a lot of demand from buyers who wanted to support black sellers,” he told Bloomberg.

“Fortunately we already had from Black History Month a curated set of items that we could put forth, we could very quickly get and put out so that buyers had a place to go.

READ MORE: Etsy shares jump 6% after its surprise induction to the S&P 500

“What that means is that there are a lot of buyers out there who are really looking to significantly support black sellers, and we’re happy that we were able to rise to that moment.”

It comes as Etsy continues to cement itself as a key marketplace across the globe following months of record sales during lockdown.

Last month it became one of three US companies added to the prestigious S&P 500 indicies, considered to be one of the most important stock market indices in the world, and a key benchmark for the US’ largest companies.

In order to be eligible for inclusion in the S&P 500 a company must have a stock market capitalisation of over $8.2 billion, have at least half of all its shares available to the public and have achieved positive earnings across its last four quarters.

We have noted Etsy making a strong effort to promote black owned sellers on its platform, even putting them on a permanent ad – if you happen to search for black-owned. Good for Etsy and great for those sellers. We love this. Perhaps shoppers feel this is a good way to give back when they reflect on the BLM movement.