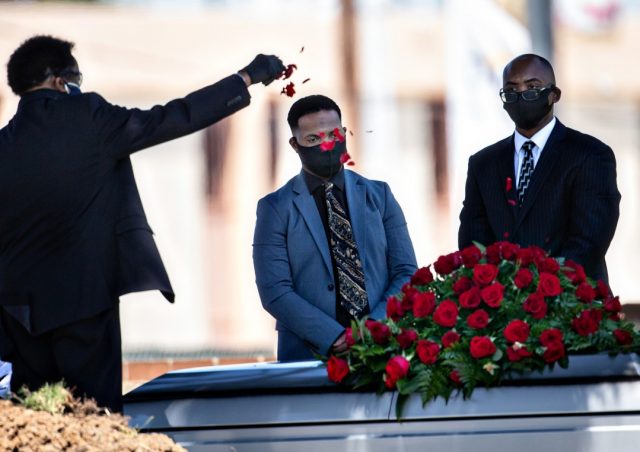 Black men and women are more than four times more likely to die a coronavirus-related death than white people, new analysis by the Office for National Statistics (ONS) suggests.

By Press Association
First published 7 May 2020

Figures are similar in America and 3 weeks ago, we discussed over THIRTY reasons why the black population is over-represented in the Covid 19 death statistics.

People of Bangladeshi and Pakistani, Indian, and mixed ethnicities also had an increased risk of death involving Covid-19 compared with those of white ethnicity, the ONS found.

The analysis looked at how coronavirus has affected different ethnic groups from March 2 to April 10, registered by 17 April.

As ethnicity is not recorded on death certificates, the ONS linked these to the 2011 Census which includes self-reported ethnicity.

After taking account of other factors, such as health, disability, household composition and area deprivation, black men and women were 1.9 times more likely to die with Covid-19 than those of white ethnicity.

The ONS found increased mortality rates due to Covid-19 for all ethnic minority groups, except for in Chinese women.

It said a “substantial part of the difference in Covid-19 mortality between ethnic groups is explained by the different circumstances in which members of those groups are known to live, such as areas with socio-economic deprivation”.

Meanwhile, the #COVID19 mortality risk for females of Black ethnicity is also 1.9 times higher than for those of White ethnicity.

It continued: “Geographic and socio-economic factors were accounting for over half of the difference in risk between males and females of black and white ethnicity.

“However, these factors do not explain all of the difference, suggesting that other causes are still to be identified.”

Overall, 83.8% of the deaths occurred in people of white ethnicity, with black people making up the largest minority ethnic group, accounting for 6% of the overall deaths recorded within the date range, the ONS said.

Its findings are similar to NHS England data which, when ethnicity could be established, found 82.7% of deaths were in white people and 5.7% in black people.

It said some individuals may have different socio-economic characteristics that were not included in the ONS model, which could explain some of the difference.

It also suggested that some ethnic groups may be “over-represented in public-facing occupations” and therefore more likely to be infected.

The ONS plans to examine the link between occupation and risk.

As ethnicity was taken from the 2011 Census, the data may not accurately reflect the composition of society in 2020, the ONS warned.

The study also did not take into account emigration since 2011, meaning there is the potential for the mortality risk to be underestimated.

After adjusting for socio-demographic characteristics – including deprivation – and self-reported health and disability at the 2011 Census, males of Black ethnicity still have a #COVID19 mortality risk that is 1.9 times higher than those of White ethnicity

Tim Elwell-Sutton, assistant director of strategic partnerships at the Health Foundation, said the Government must consider how “deep-rooted discrimination and socioeconomic disadvantage are placing some people at increased risk”.

He added: “As well as meeting the urgent needs of those most affected in the weeks ahead, the government must ensure that existing inequalities are not exacerbated in the aftermath of the pandemic.”

And mayor of London Sadiq Khan called for ethnicity to be recorded on death certificates so the true toll on black, Asian and minority ethnic (BAME) communities is not missed.

He said: “We need to fully expose the effect it is having on our communities, have honest conversations about what is behind it, why it is happening, and work hard to tackle these problems.”

“I’m working hard to do all I can to support and fight for London’s diverse communities, but the Government cannot ignore the structural problems in our society that mean minority ethnic Londoners are more likely to work in lower paid jobs, live in overcrowded accommodation and suffer from underlying health conditions which put them at greater risk.”

A Department of Health and Social Care spokeswoman said: “We’re aware that this virus has sadly appeared to have a disproportionate effect on people from BAME backgrounds. It is critical we find out which groups are most at risk so we can take the right steps to protect them and minimise their risk.

“We have commissioned Public Health England to better understand the different factors, such as ethnicity, obesity and geographical location that may influence the effects of the virus.”

It’s no secret that Cryptocurrency is fast becoming what it was created to not...