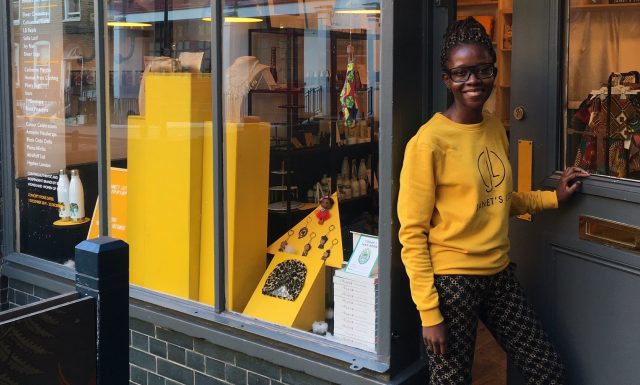 With a play on the the famouse name Craigslist, is relatively new name on the block. We are hoping Janetslist will become a household name just like the classified website. Do visit the website and check it out, and buy the products.

JANET OGANAH helps black women and women of colour who own businesses to achieve what otherwise might be impossible – a physical retail space in central London to showcase their products to shoppers – taking them from online the High Street.

Her website, Janet’s List, https://janetslist.co.uk/ is an online platform that enables consumers to discover and purchase from independent brands owned by women of colour.

“I’ve always had that entrepreneurial streak”

The range is varied, covering three main areas – beauty, lifestyle and food – but all have Oganah’s seal of approval, as her brand’s name suggests.

Where it all started
Born in Kenya, Oganah’s interest in business began at an early age. Aged 13 she partnered with a friend to bake and sell cupcakes around her estate. Her mum, who she describes as a real feminist, knew nothing of the venture but when word reached her she was very supportive.

At boarding school she sold birthday cards to fellow students, pocketing extra cash as her peers would forget to plan ahead.

“I’ve always had that entrepreneurial streak,” Oganah told The Voice.

However this trait was somewhat suppressed when Oganah studied law in Bristol and then became a barrister specialising in family law.

As cuts to public funding increased, Oganah felt that she was no longer really making a difference but merely firefighting. That’s when she started thinking about pursuing her passion.

Janet’s List first opened a pop-up store in Shoreditch in 2018. Feeling duty bound because of the underrepresentation of black women in the field, especially in chambers, Oganah was prompted to take a sabbatical from the law first to discover if she could make her business idea profitable.

The break away from the law wasn’t a decision she took lightly. “I felt a certain responsibility as a black female barrister that I couldn’t walk away from it without being sure that I was doing it for the right reasons,” Oganah said.

Oganah, who now balances Janet’s List with her work in the Cabinet Office and as a private consultant, was wise to exercise caution. Within the first three years of launching, 60 per cent of new businesses go under and 20 per cent don’t even last 12 months.

Fortunately, Oganah’s vision was realised. After experiencing success on the internet, she launched the brand’s first Christmas pop-up store in December 2018 – just as carefully curated as her website. The concept store returned to the capital last December following a brief stint in Amsterdam.

Overcoming challenges
Building a physical space for Janet’s List, hasn’t come without its challenges. Oganah believes the biggest one has been securing a space in central London, citing the cost of rent, reluctance from landlords and unconscious bias as obstacles.

“[In 2018] I think I was turned down by about 15 landlords before the landlord finally gave me that spot in Shoreditch,” Oganah said.

Support
The support that Oganah’s mum gave her has undeniably had a significant impact. Now she Oganah helps others to make their dreams a reality.

While black women entrepreneurs can be shut out of physical spaces, many have found solace and success online. In the world of ecommerce, they can more freely build consumer communities that support them, not just with positive comments but their hard earned cash.

With the high street continuing to struggle, pop-up stores like Janet’s List offer small businesses an innovative way into the traditional market. But as an advocate of innovation, Oganah is also firmly focused on looking at fresh ways to build up black women.

This commitment to facilitating the growth of these female business owners is also demonstrated through her podcast, Making Money Moves, which she co-hosts with entrepreneur and stylist Adonica Simmons.

And at the centre of it all is her mission to economically empower black women and women of colour.

“What is that tangible thing that you can do straight away that would make the biggest impact and, for me, it was finding a way to put more money in the pockets of businesses by black women and women of colour,” she said.

Oganah added: “Economic empowerment… that tangible impact is when you put money behind people. I don’t think there’s any stronger show of support than that.”

“My ultimate aim is that when a black woman walks through the door [of a Janet’s List pop-up] – or a woman of colour – they think this is a space for me.”

Janet also has a podcast – Making Money Moves. Check out details on her twitter profile.