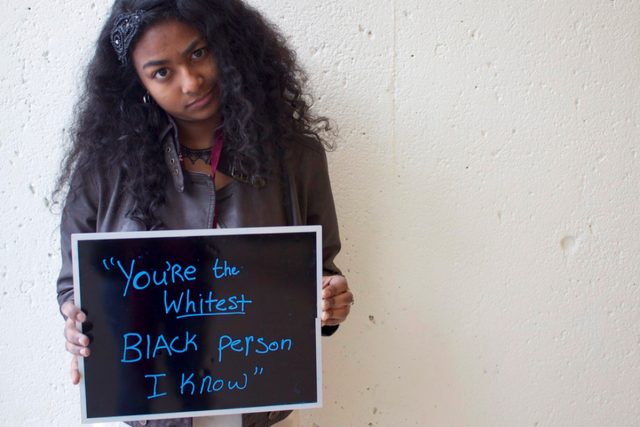 Two many people of colour have experienced painful microaggressions and outright obvious racism at work. It can make work become a dreaded place and the day ends in tears – or the hurt is internalised and eventually affects the health.

In April 2020, a worker described her experience of the workplace environment. Following that tweet, others quickly identified with the sentiments.

“There isn’t a single Black woman I know who hasn’t run to the bathroom to have a cry because of their workplace environment.”

I can so much relate to this & you are made to even feel more guilty for the tears. When you show your emotions you are labelled the angry black woman or hormonal. They say ‘I am sorry you are upset but we have to make sure we are doing things right….’

And it isn’t the upset tears, it’s the angry tears.

The cries where you are so overwhelmed with anger, and the only outlet is for you to break from the “resilience and strength”

Now you are labelled emotional and/or irrational, because you reacted to abuse at work.

Yes!!! The whole cycle just ends up being riddled with frustration because no one around you wants to understand where your outbursts are coming from and that’s when you mentally checkout from your job and start looking for other options…

yep, me too. Maybe not crying at the office but surely at home, quietly alone.

To keep my job, I couldn’t speak my mind like at home.

My (white) husband said that it was probably my fault, I probably was rude or I was imagining things.

Thanks, I‘m happy that I could tweet it. Never told anybody and I know my sisters would understand.Heart with ribbon

I did this about 10 years ago. I was furious with a co-worker trying to undermine me during a business meeting. I pushed back and could back up my position, but the anger and frustration weighed on me all day, mostly because she was lying.

try having a boss run out of your office throw herself against a wall, yell out to call the police because you “attacked” her…yes, this happened to me at the acadiana planning commission

Should I speak up, protest, boycott, and get all uneasy about the many social injustices around this country? Go out and march? Haul ass to Washington,

This was me at my last job but the saddest thing was that it was a black woman that was terrorizing me. I understand why she did it later on but it had me messed up for quite some time.

I go to the parking garage & sit in the car to cry.

My heart goes out to all my fellow sista’s who’ve been hurt.

It’s worse when it comes from other black women specifically “older” black women.

I had to deal with this at several jobs. I just wished they understood that I’m here to work and help them and not take their place

So true. I know I have more than once.

That is devastating to read. I literally cannot imagine what living like that can do to a person, both immediately and over time. I’m really sorry this happens

The fact that I know this so well. I have also had this happen in my academic environment. And whewwww chile. I wouldn’t wish it those angry resilient tears on anyone.

Not shunning anyone but not I. No job was worth keeping with such pain, so I said wtf and walked out

I’ve done this more times than I can count.

I did this often during my last work days and then it progressed to stealing nap time in our mom/breastfeeding rooms. I realized it was hereditary depression and I finally left work. I finally faced the fact that I could no longer deal with the workplace and function normally.

Grow Your Business by Creating a Unique Selling Proposition