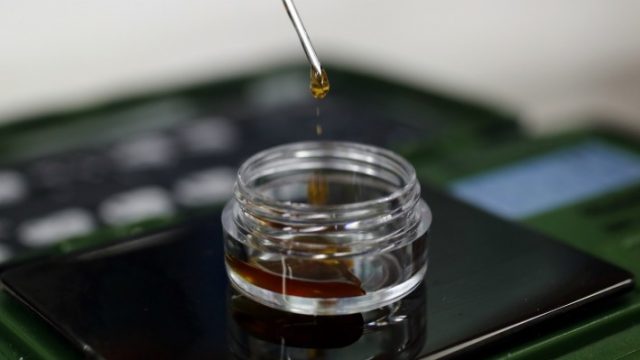 CBD oil has entered the mainstream in recent years, bringing with it zealous advocates and dismissive sceptics.

Also known as Cannabidiol, CBD is found in the cannabis plant. But unlike THC – the ingredient that makes cannabis users high – CBD has no psychoactive effect.

Instead, it is used by people who want to manage conditions like chronic pain, PTSD and epilepsy. The substance is also being trialled to see if it can help with anxiety and arthritis.

CBD can now be found in a range of products in high street stores, from vape liquid to “sweets, creams and even sexual lubricants”, says ITV News.

The number of people using CBD oil, also known as cannabidiol, in the UK alone is estimated to stand at around 1.3m. As GQ magazine says, “thanks to a brand reimagining and increased medical research”, the naturally occurring compound has “gone from dangerous to desirable”.

Advocates of CBD oil say it can relieve chronic pain and inflammation, depression and insomnia, among other conditions. But others say its benefits are oversold and unproven, while many others are confused over its legal status. For those who need CBD products – it is possible to easily find CBD Stores near me

Delta-8-tetrahydrocannabinol (Delta-8 THC) is a chemical compound naturally found in hemp or cannabis. It helps uplift your mood and energy level. Every plant has small doses of this chemical. Hemp-derived gummies are widely available.

CBD Oil can be used and sold in the UK.

In the UK, it is possible to get a prescription for oil made from CBD because it won’t get users “high”.

By contrast, THC is a psychoactive chemical and is a controlled substance under the UK Misuse of Drugs Act 1971.

In the USA, there are only 3 states where all Marijuana is Illegal – including CBD Oil. They are: Idaho, Nebraska and South Dakota.

These are the few states which allow all uses of weed including recreational smoking.
In these states Marijuana is Fully Legal
Alaska, California, Colorado, Maine, Massachusetts, Michigan, Nevada, Oregon, Vermont, Washington. Washington DC. In retrospect all the prisoners locked up for marijuana related cases should be paroled – but that is not happening – yet.

All other states will allow CBD oil only.

CBD Oil is not a new arrival. It was been used since the times of ancient history.

Many people think that using CBD Oil is a fairly modern way to treat certain medical conditions, especially as pain management. As people explore their options for treatment, they may come across CBD oils or it may be presented to them as an option. However, contrary to what many people may believe, the positive effects of CBD are not a modern discovery. Dating back thousands of years, people have identified ways to treat ailments with the plant from which CBD oil is harvested.

Cannabidiol (CBD), is one of the compounds found in the plant species Cannabis Sativa. This flowering plant grows natively across most of the world. The areas it can grow naturally include mountainous, tropical, and humid areas. The Cannabis plant has been used throughout human history, and was most likely the first plant that was harvested and used as a cloth.

Ancient Mongolia and Siberia
CBD use can be traced back thousands of years. People in Mongolia and Siberia were growing and harvesting Cannabis dating back to 12,000 BCE. Archeologists believe that Cannabis Sativa was one of the first plants to be grown and harvested during the birth of agriculture. It was used in almost all areas of life, building, clothing, religiously and medically.

Archeologists have discovered evidence that seeds and oil from Cannabis plants were used as a food source in China dating back to 6000 BCE. While the Chinese used the plants for a variety of purposes, its main use became medicine. The positive effects it had on people suffering from a wide variety of ailments was noted and expanded upon.

Emperor Shen-Neng is documented as being the first known person in history to use Cannabis as a medicine dating back to 2737 BCE. The CBD found in the plant successfully treated pains the emperor was experiencing relating to both rheumatism and gout. As its benefits were identified, the majority of remedies in ancient China began to involve the Cannabis plant.

For example, ground roots could heal clots and infections, while another part of the plant could treat stomach pain and even prevent hair loss. Shu King, a Chinese book that dates back to 2300 BCE, describes using Cannabis medicinally to treat a wide variety of painful ailments including menstrual cramps.

By the year 140 AD, the Chinese had developed a way to mix Cannabis with wine and use it as an anesthetic before surgeries. However, Chinese farmers had already taken the plant to Korea around 2000 BCE, where it’s use as a medicine and cultivation continued to spread throughout Asia and into Europe.

CBD Oil Uses in Ancient India
In India, beginning between 2000 and 1000 BCE, people used the Cannabis plant in both religious ceremonies and annual celebrations. It was used as a main ingredient in Soma, a drink used in religious ceremonies, as well as Bhang, another drink used during celebrations. Realizing its healing properties, Bhang was also used to treat a variety of medical issues. These ranged from headaches to stomach ailments.

In ancient Egypt, Pharaoh Ramses II, who reigned 1279-1213 BCE, encouraged the use of Cannabis as medicine throughout his empire. He found Cannabis so useful that oils from the plant were buried with him and discovered in his tomb. The first known topical use of the plant was created by the Egyptians. They used this to relieve pain from inflammation as well as labor pains during birth. The Egyptians also recorded the success they had using Cannabis to treat sore eyes and cataracts. They additionally noted that it could be used as suppository to treat hemorrhoids. The Cannabis plant’s medical use was recorded on scrolls that were dated back to 2000 BCE.

The Cannabis plant was introduced to other parts of the Middle East between 2000 and 1400 BCE. It was most likely cultivated and put to use by a nomadic Indo-European group of people known as the Scythians. The Scythians used the plant to treat many different medical ailments. They developed the first record of using Cannabis plants to successfully treat epilepsy over 1000 years ago. The Scythians also first introduced Cannabis to Europe by bringing the plant to Germany about 2800 years ago.

Soon after the Cannabis plant’s introduction in Greece around 200 BCE, it was again used medically to treat a wide variety of ailments. The conditions treated ranged from earaches to edema. While the Greeks noted the many positive effects different parts of the Cannabis plant had on humans, they used it to treat horses injured in battle as well. The roots of the plant were used to heal and provide burn relief. Leaves could be used as a remedy for sores on horses as well as to treat nosebleeds in humans. Seeds from the plant could be used successfully on patients suffering from tapeworms. The Greeks also used the plant in steam baths. These baths provided relief to soldiers after battle or those close to death.

Rome
Records made by the Romans showed that parts of the Cannabis plant were used to remove bugs from ears and also as a general pain relief dating back to 77 AD. They continued to use the plant and by the year 200 had identified how it could be used to treat many different ailments including stomach pains, headaches, and dehydration.

The people of the ancient world realized that there were many healing properties associated with the Cannabis plant. For thousands of years it was successfully used. Today, scientists have identified the healing chemical to be Cannabidiol, or CBD.

How this 23-year-old became the only full-time black woman trader at the New York...