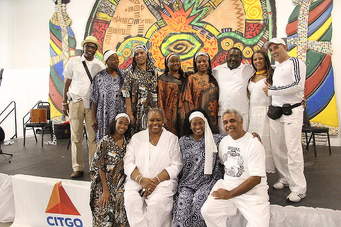 Maafa is a Kiswahili term for “disaster” or “terrible occurrence.” It is used to describe more than five hundred years of exploitation of Africa through slavery, colonialism, and imperialism. A colony is a settlement in one land supported by another land, and imperialism is the practice of building empires to support trade.

The barbarous “triangle trade” began shortly after Europeans began exploring the west coast of Africa. Ships leaving Europe first stopped in Africa where they traded weapons, ammunition, metal, liquor, and cloth for captives taken in wars or raids. The ships then traveled to America, where slaves were exchanged for sugar, rum, salt, and other island products. The ships completed the triangle loaded with products popular with the European people, and were ready to begin their journey again.

The Europeans explored the interior of Africa to expand trade. By the 1880s a “scramble for Africa” occurred. Five European powers–Britain, France, Germany, Belgium, and Italy colonized almost the entire continent by 1900. They exploited the great mineral wealth of Africa and sought to expand their borders by moving into the continent.

The colonial rulers were often cruel and had little regard for the Africans. King Leopold II of Belgium obtained personal title to the Congo in central Africa. He forced the native people to work under cruel conditions in his rubber plants. Every village was required to donate four people a year to work for Leopold. Villagers who failed to complete their duties were flogged; others had their hands or their heads cut off. When the Belgian government learned what was happening, they took Leopold’s grotesque colony from him and made reforms. France attempted to annex Algeria in the 1830s, but made little effort to understand the Muslim Berbers who lived there. The Algerians resisted, often violently. The French finally withdrew from the colony in 1962 after the Algerians voted 6,000,000 to 16,000 to ask the French to leave.

The End of African Colonialism

Colonialism ended surprisingly quickly and quietly in most of Africa after World War II. The British granted Gold Coast independence in 1957. The indigenous government of the former colony reached into Africa’s glorious past to rename itself Ghana. These factors contributed to the end of colonialism in Africa:

• The United States and the Soviet Union became military “superpower” nations after the war. Both sides sought to influence Africa by encouraging nationalist movements.

• The colonial governments educated an elite class of Africans in western universities. The educated Africans saw how the colonial rulers exploited their nations.

• Much of Europe’s economy was destroyed in the Second World War, and the European governments could not afford to send armies to Africa to suppress nationalist movements.