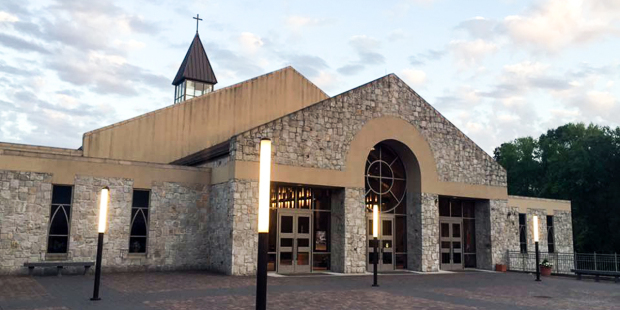 It’s a blistering cold Saturday evening in December, yet the Croydon Seventh Day Adventist Church in south London is filled with members attending a ‘praise and worship’ session.

The congregation is made up of mostly Caribbean nationals and Britons of Caribbean heritage. And, for them, the occasion is as much about family and community as it is about devotion.

In fact, throughout the year, regular weekly worship is an important part of life for Caribbean people.

And when they began migrating to the UK in the late 1940s, they brought with them their culture, beliefs and their religion.

One of them was Joe Aldred, who is now Bishop of the Church of God of Prophecy, the third largest Black Pentecostal church in Britain.

Bishop Aldred recalls that his first impression of England was of a place that was “not particularly welcoming”.

“Maybe if there was one nugget of welcome, it was my church. Because the Church of God of Prophecy that I belonged to in Jamaica, I was able to come to England and to attend another branch so at least that was familiar,” he said.

Familiar, yes, but not all immigrants were embraced by their churches in the UK.

“I think that the fact that people coming here largely had their own brand of Christianity made it relatively easy.

“But for many of them when they first came, not finding a church of their own … people would go along to whatever church was close by,” Bishop Aldred told BBC Caribbean.

The majority of the first wave of immigrants already belonged to the traditional Anglican, Catholic, Methodist or Baptist churches. However, it wasn’t long before they discovered that that did not guarantee automatic membership in their new homes.

“I think they were the ones who got the biggest shock. Because coming as a card-carrying member of say the Baptist church….only to be told ‘sorry but we’d rather you didn’t come here’, would have been and was a major shock for people,” Bishop Aldred said.

Some turned a deaf ear to the rejection while others left their respective churches. Still there was a third group who decided to turn to other denominations.

And this, Bishop Aldred says, was one of the factors contributing to the proliferation of Black-led churches.

According to him, today there are up to 5,000 such congregations in the UK.

“A lot of people who are pastors didn’t come to England to be pastors, they didn’t come to be religious leaders. They came to make some money and go back home.

“But they found a prayer meeting started in their house and turned into a church. And they who were part of the prayer meeting became the leaders,” he said.

But despite its growth over the last six decades years, the Black church has been facing some challenges.

David Billet, whose parents are Jamaican, is an elder (leader) at the Croydon Seventh Day Adentist Church.

He says for him, the combination of church, family life and community, was a major influence in his life.

However, he acknowledged that churches today may be failing their congregations, when it comes to dealing with various social ills.

“I really feel that they have let us down in that those in positions of authority within the church have often fallen prey to the very evils of society which they have preached against and the concept of hypocrisy which people shun away from,” he told BBC Caribbean.

While he believes that concepts of morality should be valued, he said: “I don’t think we should be surprised when mere human beings fall short.”

Bishop Joe Aldred points to a lack of Christian unity as another challenge.

“The Black church in this country is extremely diverse. Some would say it’s not just diverse, it’s fragmented. There are so many churches and we’re multiplying day by day.

“One of the challenges is how can we pool together so that we can tackle the big issues that we face, for example the education of black children, mental health, and the criminal justice system.” he said.

He believes that a lack of representation of minority groups in parliament is also hindering progress.

“These churches should be able to band together and push some people further up the ladder so they can represent our interest when they get into parliament,” he noted.

Bishop Aldred said he would also like Black churches build better relations with members of the mainstream, traditional denominations across the country.

Nigeria and Her Membership of OPEC