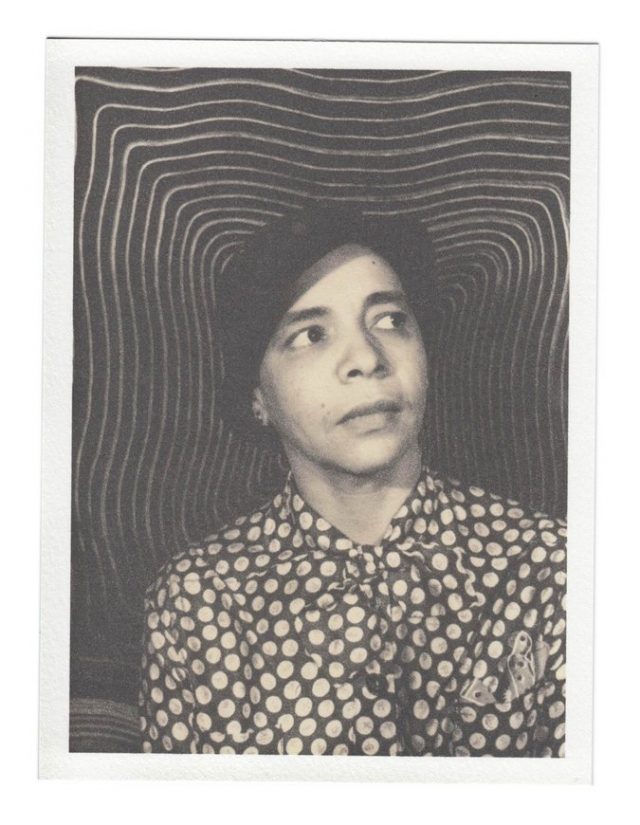 A Harlem Renaissance-era writer whose heritage
informed her modernist take on the topic of race.

When Nella Larsen died, in 1964, she left little behind: a ground-floor apartment, two published novels, some short stories, a few letters. She was childless, divorced and estranged from her half sister, who, in some accounts, upon learning she was to inherit $35,000 of Larsen’s savings, denied knowing the writer existed.

It was a fitting end for a woman whose entire life had been a story of swift erasure.

Larsen’s immigrant parents — Mary Hanson, from Denmark, and Peter Walker, from the Danish West Indies — had settled in a mostly white, working-class neighborhood in Chicago, a city that was rapidly growing and segregating by the time Larsen was born on April 13, 1891.

Two years later, Walker disappeared, leaving Hanson alone with the couple’s young daughter. In his absence, Hanson married a fellow Dane, Peter Larsen, with whom she had another daughter, Anna.

By all appearances, the family was white. But Nella Larsen was different, something that would come to inspire her fiction — celebrated during the Harlem Renaissance, forgotten by midcentury and rediscovered to be read today in American literature and black studies courses.

The public schools that Larsen attended in Chicago drew students from mostly German and Scandinavian backgrounds. So it wasn’t until she left Chicago for Nashville in 1907 to attend the Fisk Normal School, a teacher-training program affiliated with the historically black Fisk University, that she was surrounded by faces that weren’t white.

Larsen later enrolled at the Lincoln School for Nurses in the Bronx, which was founded to recruit black women into the field. After graduating with the equivalent of a registered nurse’s degree in 1915, she was hired as a superintendent of nurses at the Tuskegee Institute in Alabama.

The next year, she moved back to New York to join the staff at Lincoln. She met Elmer Imes, the second African-American to receive a Ph.D. in physics, whom she married in 1919. As the Harlem Renaissance began to take shape in the 1920s, Larsen and Imes took up with a circle of black intellectuals that included W.E.B. Du Bois and Langston Hughes.

Her initial placement was on the Lower East Side of Manhattan, but she transferred to the library’s 135th Street location to be closer to home and to the heart of the Harlem Renaissance. Today the branch is the Countee Cullen Library (named for a poet who contributed to Harlem’s artistic prosperity) and is near the Schomburg Center for Research in Black Culture, where the archive includes two of Larsen’s letters.

In one of the letters, from 1928, in a looping scrawl, Larsen addresses Edward Wasserman, a wealthy bohemian whose social circle included the novelist Zora Neale Hurston and the publishing matron Blanche Knopf. After years in which she had written stories under a pseudonym, her first novel, “Quicksand,” had just been published by Alfred A. Knopf, and she was eager to get Wasserman’s opinion.

But that was not the case. Thadious M. Davis, one of Larsen’s biographers and a professor of English at the University of Pennsylvania, said that “Quicksand” was widely and positively reviewed, including in The New York Times, The Times Literary Supplement and The Nation.

The novel follows Helga Crane, a teacher at Naxos, a black boarding school in the South where excellence is measured by its proximity to whiteness. Helga, whose mixed-race background mirrors Larsen’s, is unsettled by Naxos’s rigid and racially fraught standards. So she leaves in search of financial stability and her own identity. When she connects with her mother’s white relatives, they treat her with a mix of contempt (in Chicago, her remarried uncle’s wife rejects her) and fascination (her aunt, in Copenhagen, parades her around the predominantly white city as an exotic).

According to Davis, Larsen was remarkable in approaching the subject of race as a modernist, rather than drawing on Southern tropes or vernacular to convey her characters’ blackness.

Larsen followed “Quicksand” the next year with “Passing,” which tells the story of Irene Redfield and Clare Kendry, two mixed-race women who grew up together and reunite at a Chicago hotel after years of separation. Clare, Irene discovers, has been living as a white woman married to a racist who is none the wiser about his wife’s background. The relationship between the two women flirts with the sensual as each becomes obsessed with the other’s chosen path.

In its review of “Passing,” The New York Times noted that “Larsen is quite adroit at tracing the involved processes of a mind that is divided against itself, that fights between the dictates of reason and desire.”

When “Passing” was reissued in 2001, the Times’s book critic Richard Bernstein wrote that “reading it and knowing that its author wrote very little after it imparts a sense of loss, giving as it does a glimpse of an original and hugely insightful writer whose literary talent developed no further.”

In 1930, one of Larsen’s short stories became the subject of plagiarism accusations. She had riffed on a story by a British contemporary, Sheila Kaye-Smith, infusing its arc with racial tension.

“I think she was much too smart an individual to boldface plagiarize that story,” Davis said.

Despite the controversy, that same year she became the first African-American woman to receive a Guggenheim Fellowship. She used the grant, worth roughly $2,500 at the time, to pay for a period as an artistic expatriate in Europe.

When Larsen returned to New York, she was forced to confront the realities of her marriage. She knew that Imes, who had moved to Nashville for a post at Fisk University, was having an affair, and it led to their divorce in 1933. Supported by alimony, she continued as a fiction writer producing at least one novel and a number of short stories that were not published. After Imes died in 1942, she moved downtown from West 135th Street to Second Avenue and returned to nursing to support herself.

Having cut her ties to Harlem’s circle of artists and intellectuals, and with no connection to her last living relatives, Larsen had, wittingly or not, created the conditions necessary to disappear quietly. She died of a heart attack in her apartment on March 30, 1964. She was 72.